MONTREAL -- A Montrealer who decided to play the lottery for the first time ever in October is the lucky winner of the latest $70 million Lotto Max jackpot.

Shu Ping Li decided to buy 10 lottery tickets after seeing the winner of Loto-Quebec's previous $70 million jackpot on the news.

"This time I will not miss it," Li said.

Li told her husband she was heading to the convenience store near their home after work a few days before the draw -- and he was confused as to why.

"We've lived there for 12 years and I've only been to the depanneur two times," she said during a news conference announcing her win on Friday. 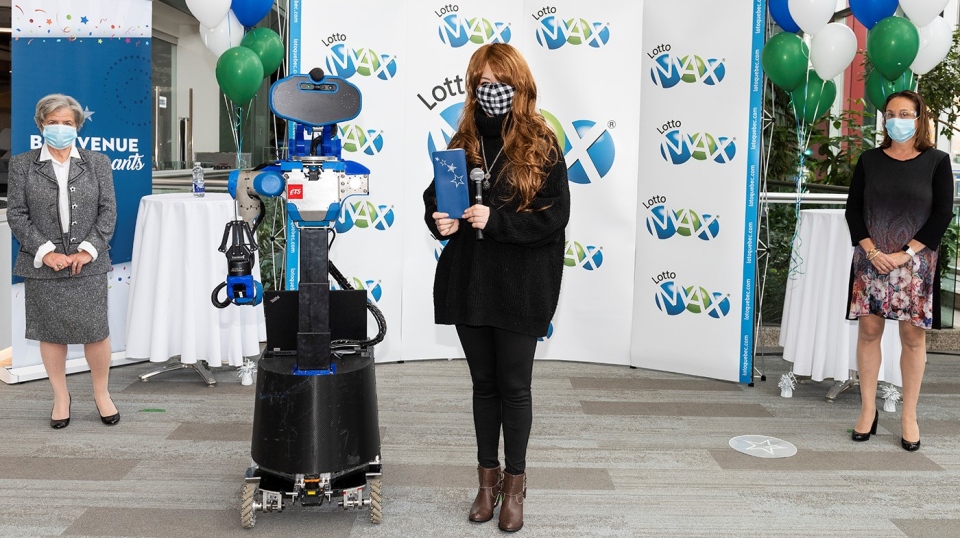 Li realized she won the day after the draw but took several days to digest the news before claiming her prize.

"I needed time to come down and think it over," she said.

Li added that she put her winning ticket in a drawer in her home before she finally decided to claim the prize.

“This is the biggest prize that Lotto Max players can win, but also the biggest prize of any lottery game offered by Loto-Québec and in Canada," said Loto-Quebec president Lynne Roiter in a news release. "We’re proud to present a Québec winner, for the second time in our history, with a prize of this magnitude. Last February, a family of eight from the Capitale-Nationale and Chaudière-Appalache regions won the same record jackpot amount."