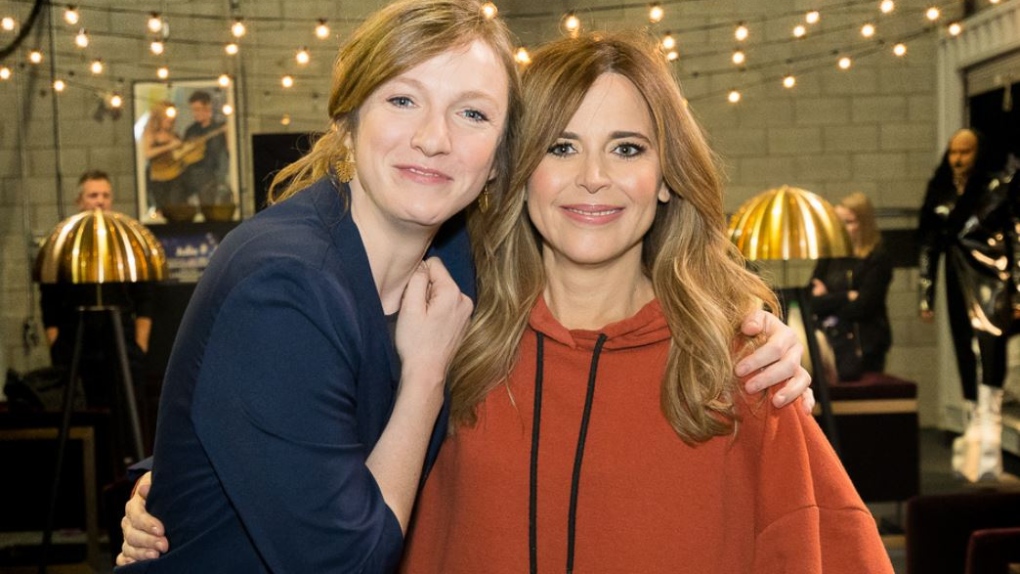 Quebec Solidaire MNA Catherine Dorion’s controversial hoodie has been put up for auction.

MONTREAL -- The saga of controversial Quebec MNA Catherine Dorion and her infamous hoodie may finally be drawing to a close.

Dorion, a Quebec solidaire MNA who represents the Quebec City riding of Taschereau in the National Assembly, made headlines in November when she was refused entry to the legislature's Salon Bleu for wearing a baggy orange hoodie, which National Assembly officials said breached rules of decorum.

The confrontation was the culmination of tensions between the National Assembly and Dorion, who has made waves since her election to the Quebec legislature with her casual work wardrobe that regularly features jeans, T-shirts and combat boots.

Last week on Julie Snyder's new V talk show La semaine des 4 Julie, Dorion announced she was auctioning off the hoodie to raise money for the Maison des Femmes de Québec, which helps women who have been victims of domestic violence.

Tuesday on her Facebook page, Dorion announced that "after a few moments of close competition and several reversals,"  the hoodie had sold for $5,530.

The buyer hit close to home for Dorion: it was her half-brother, Quebec City lawyer Marc Dorion, who was the successful bidder.

Catherine Dorion insisted the sale was not rigged - and that she and Marc Dorion are not close, personally or politically - thanked him profusely, and urged all other bidders to make a donation to the Maison des Femmes.