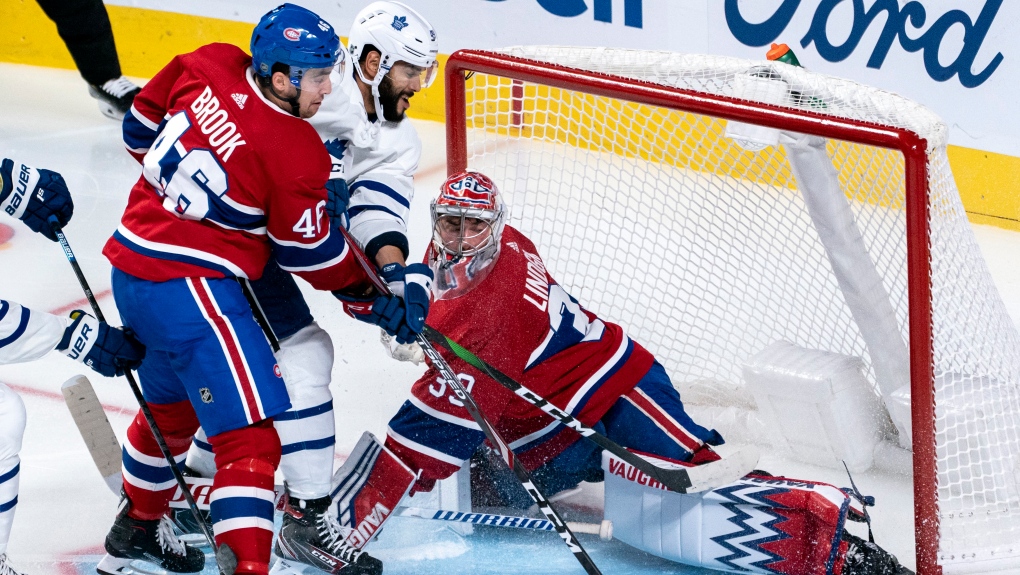 Montreal Canadiens goaltender Charlie Lindgren makes a kick save off Toronto Maple Leafs' Darren Archibald as he is held back by Canadiens' Josh Brook during third period NHL pre-season hockey action in Montreal on Monday, Sept. 23, 2019. THE CANADIAN PRESS/Paul Chiasson

MONTREAL -- The Montreal Canadiens said Thursday they have loaned defenceman Josh Brook to the Krefeld Pinguine, in the German Elite League (DEL), for the start of the 2020-2021 season.

Brook will however be back for the Habs' training camp and his American Hockey League club, the Laval Rocket, said general manager Marc Bergevin in a news release.

The Canadiens have agreed to loan defenseman Josh Brook to the Krefeld Pinguine in the DEL for the start of the 2020-21 season. #GoHabsGo https://t.co/m5lRuI0U9m

In his first full pro season in 2019-20, Brook scored four goals and had nine assists in 60 games with the Rocket.

The six-foot, one-inch, 193-pound defenceman has four goals and 10 assists in 67 career AHL games with the Rocket.

Brook was selected in the second round, 56th overall, by the Canadiens in the 2017 NHL Draft.