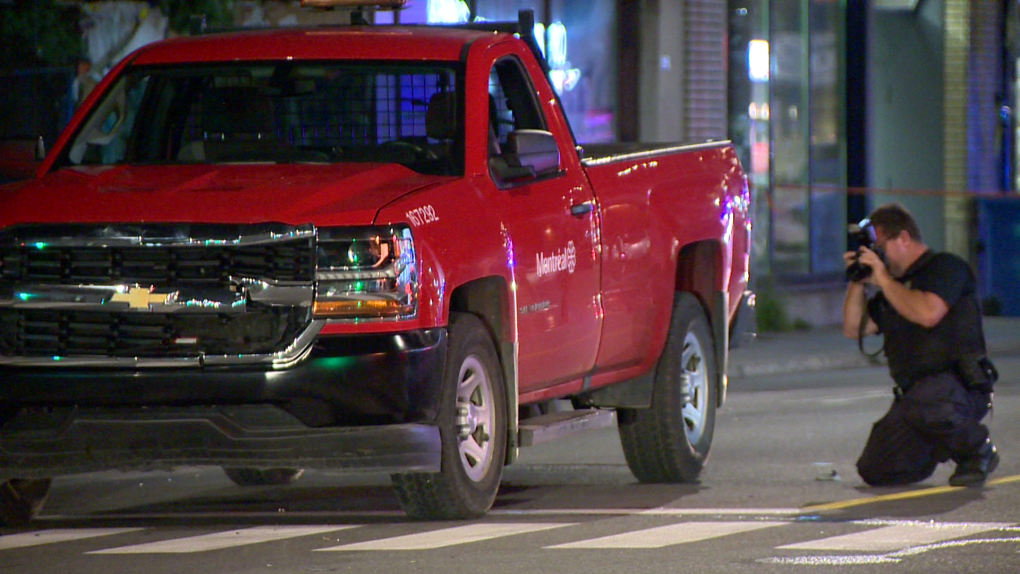 A woman was fatally struck by a pickup truck Monday night in the Plateau-Mont-Royal borough / Cosmo Santamaria, CTV Montreal

MONTREAL -- A pedestrian was pronounced dead in hospital late Monday night after being hit by a City of Montreal pickup truck in the Plateau-Mont-Royal borough.

Woman killed after being struck by pick up truck on Parc avenue near Milton street at around 10:30p.m. on Monday, July 27. @CTVMontreal pic.twitter.com/rQIyTWIIm3

The driver was headed north and while crossing the Milton St. intersection on a green light, came into contact with a 48-year-old pedestrian who was on the street, according to police.

The SPVM believes the driver, who is in his 40s, wasn’t able to avoid hitting the woman.

A spokesperson from the City of Montreal said it couldn't comment on the incident, adding that an investigation is currently underway.

The spokesperson said that the city follows the Vision Zero model to eliminate collisions between drivers and pedestrians. Following a fatal collision, the city will assess the scene and make any changes to the intersection if necessary.

This report by The Canadian Press was first published July 28, 2020. With files from CTV News Montreal.