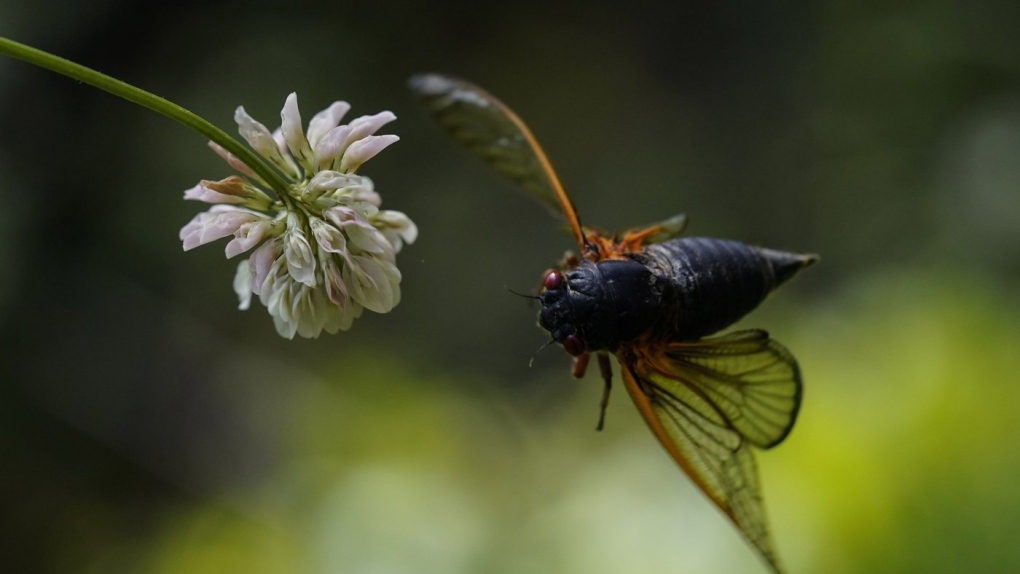 Researchers will now try to determine if the energy the white clover previously devoted to hydrocyanic acid production is now being used for other purposes, such as increased reproduction or longer longevity. (AP Photo/Carolyn Kaster)

Omnipresent in our parks and lawns, the cosmopolitan white clover has adapted to the urban environment by producing less of a substance that normally protects it from herbivorous predators, finds a new international study involving Montreal researchers.

White clover usually protects itself from herbivores by producing hydrocyanic acid, a substance that gives it a very bitter taste and potentially lethal toxicity, researchers said in a news release.

"This is a very important change for clover because it has to do with protection from (herbivores)," summarized professor Peres-Neto, a quantitative ecologist.

The researchers collected more than 100,000 white clovers from 160 cities on all continents. The plants were collected along a geographic gradient from highly urban to non-urban areas. Their ability to produce hydrocyanic acid was then analyzed.

In about half of the cities sampled, the scientists found that more plants produced less hydrogen cyanide in the city than in the country.

The plants remain genetically very similar, however, suggesting "that there is strong evolution by selection leading to reduced cyanogenesis in urban systems," they explained.

"This species (white clover) has been introduced all over the planet, so we can use a species that is well distributed to generate clear and strong evidence that urban environments can change the evolutionary trajectory of species," said Peres-Neto.

Similar results had already been obtained at the local scale, in two or three cities, he added, "but the result fits very well at the global scale ... You could say that the results have been validated on a global scale."

This adaptation of the cosmopolitan white clover provides insight into the impact of urbanization on ecosystems and their biodiversity, at a time when the United Nations predicts that two thirds of the world's population will live in cities by the end of the century.

Cities are totally different ecosystems compared to what is found in nature, Peres-Neto stressed, "and we need to start understanding how organisms adapt to this environment because it is an environment that will grow."

"For the management and conservation of biodiversity that is going to be found more and more in cities, it is important for us to understand what are the processes that bring an evolution that, potentially, is different in the city compared to environments that are outside the cities," he explained.

Other species will adapt in other ways, he continued, "but there are not infinite ways to adapt."

If white clover has adapted by reducing its cyanide production, other plants may adapt differently to the more positive (fewer predators) or more negative (more concrete, thus less soil to root in) conditions of cities.

But a study of this global scale would be essentially impossible to do with animals, Peres-Neto said.

"Plants make our lives much easier because they don't move," he said.

The researchers will now try to determine whether the energy the clover previously devoted to producing hydrocyanic acid is now used for other purposes, such as increased reproduction or longer longevity.

The first paper from the project is published in the prestigious journal Science. Professor Peres-Neto is one of the 11 main authors of the article.

-- This report by The Canadian Press was first published in French on April 20, 2022.