MONTREAL -- In the news this week: A massive vehicle pileup near Montreal leaves two dead and dozens injured; For the second time in less than two weeks, a $9-million lottery jackpot goes to a Quebecer; Police deliver an injunction to demonstrators blocking the rail tracks in St. Lambert; A Montreal man killed in collision with train while taking driving test; and Partial Via Rail service to resume between Quebec City, Montreal and Ottawa. 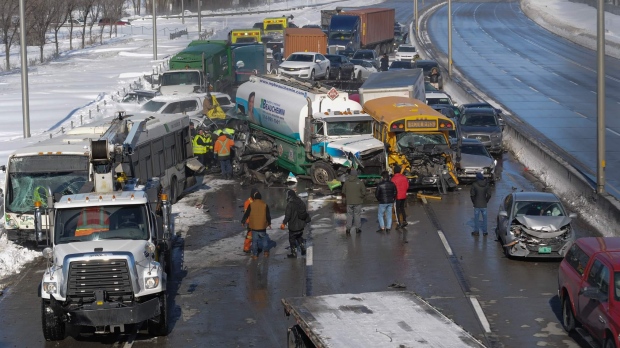 About 200 vehicles were involved in a massive road accident Wednesday on a windswept stretch of Highway 15, on Montreal's South Shore, that killed two people, injured dozens and prompted a major emergency intervention.

The cars began colliding soon after noon in La Prairie. Strong winds had blown snow off the St. Lawrence River, obscuring drivers' views, some of them said. Though the weather was clear and the highway had recently been cleared of snow, according to Quebec Transport Minister Francois Bonnardel, gusts of wind can cause whiteout conditions in the area.

For the second time in less than two weeks, a $9-million lottery jackpot was won south of Montreal 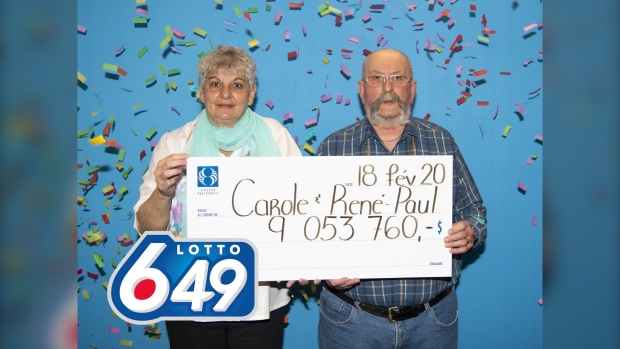 For the second time in less than two weeks, a $9-million Loto-Quebec jackpot was won south of Montreal.

The latest winners are Carole Champagne Gagne and her husband Rene-Paul Gagne who purchased the winning ticket in the Feb. 8 Lotto 6/49 draw that paid out $9,053, 760. (The winning ticket was sold at Depanneur L'Indispensable in Saint-Jean-sur-Richelieu, the owners of which will receive a one-per-cent commission, worth $90,537.) 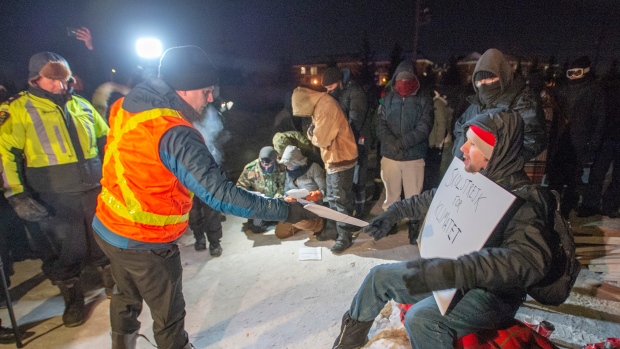 Police served protesters blocking rail tracks south of Montreal, in St-Lambert, with an injunction demanding they dismantle their barricades.

CN police just before 7 p.m. on Thursday approached the barricades with a box full of paper, delivering copies of the injunction to the protesters. 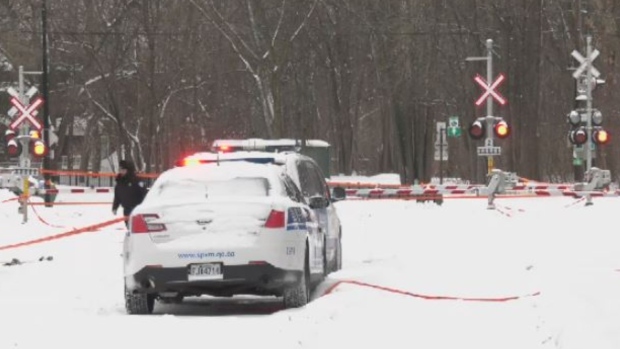 A Montreal man was killed and his driving examiner was seriously injured after their car was struck by a train Tuesday.

The incident happened in Montreal's Ahuntsic-Cartierville borough at 9:30 a.m. Tuesday at the intersection of Gouin Boulevard and Poincaré Street.

The driver, a 74-year-old man, was taking his driver's exam. He was heading eastbound on Gouin Boulevard and was on the tracks when his vehicle was hit by the train, police said.

Partial Via Rail service to resume between Quebec City, Montreal and Ottawa and in southern Ontario 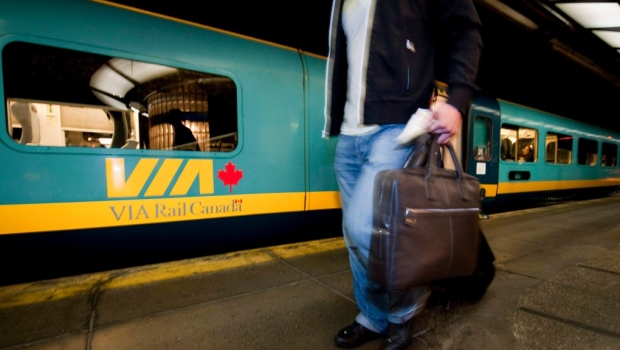 Via Rail said Friday Montreal-Ottawa service will resume on Monday.