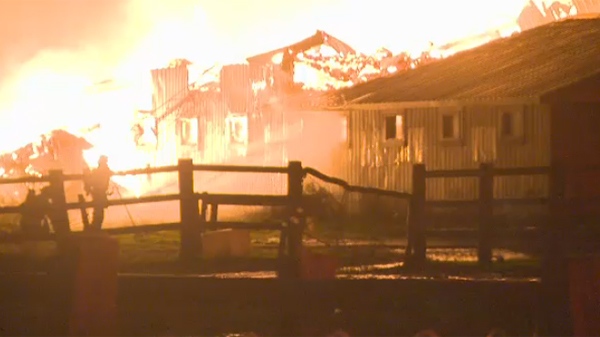 The fire began around 3 a.m. in on Rang de la Savane in Richelieu.

When firefighters and police officers arrived the owners of the stable were trying to rescue as many animals as they could from the burning structure.

They managed to save 16, while 14 perished in the flames and smoke.

The cause of the fire is not known but it's believed to have been accidental.