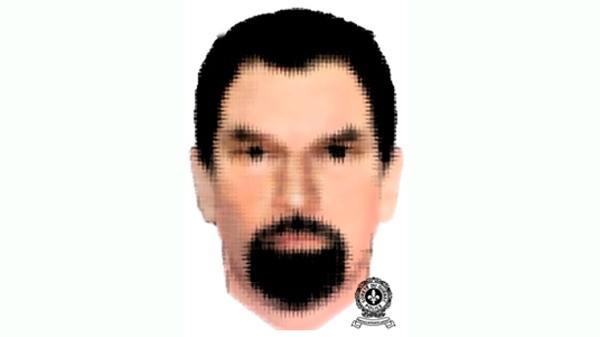 The SQ released this sketch of the suspect who torched a car belonging to FTQ president Yves Mercure (July 15, 2010)

SQ investigators have a lead in an attack made last month against the president of the FTQ union.

Yves Mercure's truck was set on fire June 9, while it was parked in his driveway in Le Gardeur, just east of Montreal.

Now the SQ has released a sketch of a man who is wanted in connection with the arson.

Police say the suspect and an accomplice fled the scene in a 4-door, dark brown compact car.

Anyone with information is asked to call Operation Hammer investigators at 1-888-444-1701.