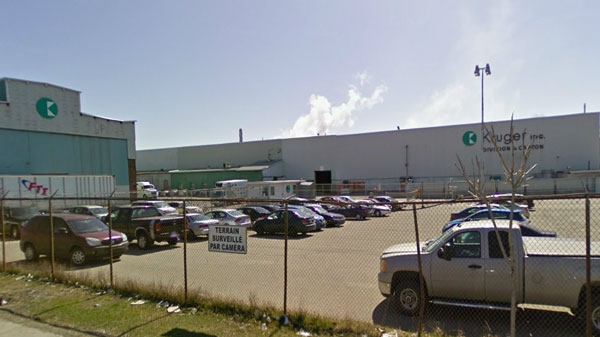 The site of the fire at 5845 Place Turcot in the city's South West borough.

MONTREAL - A fire at a recycling plant on Tuesday morning sent clouds of smoke into downtown Montreal, causing some panic in the city's west end.

About 100 bales of paper caught fire outside the Kruger recycling plant around 10:25 a.m. on Tuesday. Worried that the fire could spread to the building, 40 to 55 firefighters were sent to the scene to quickly contain the flames.

Each bale of paper weighs between 500 and 1,000 kilos, with a value of $200. While the fire is out, the bales are expected to continue burning for at least five to six hours.

No one was injured and the cause of the fire is still unknown.