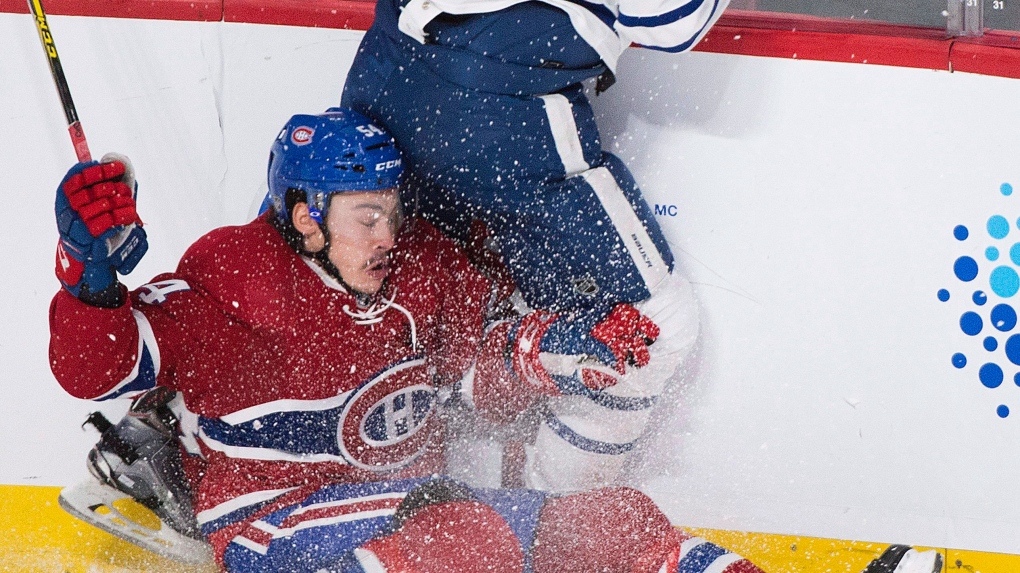 Rookie Charles Hudon has suffered a broken sternum and will be out of action for an indefinite period of time, the Montreal Canadiens announced on Saturday.

Hudon did not accompany the team to Detroit, where they will play the Red Wings on Saturday night.

According to Canadiens’ press relations director Dominick Saillant, Hudon was injured after joining several other players at the Bell Sports Complex to shoot some pucks, despite having the day off.

Hudon was struck by a puck and taken to hospital. He has since been discharged and returned home.

The forward was recalled by the club on Nov. 17 from the AHL St. John’s Icecaps. In three games he has collected two assists, including one in the Habs’ 2-1 victory over Carolina on Thursday.

The match against the Red Wings marks the beginning of a five-game road trip for the Canadiens that will also include bouts against the Anaheim Ducks, San Jose Sharks, Los Angeles Kings and St. Louis Blues.