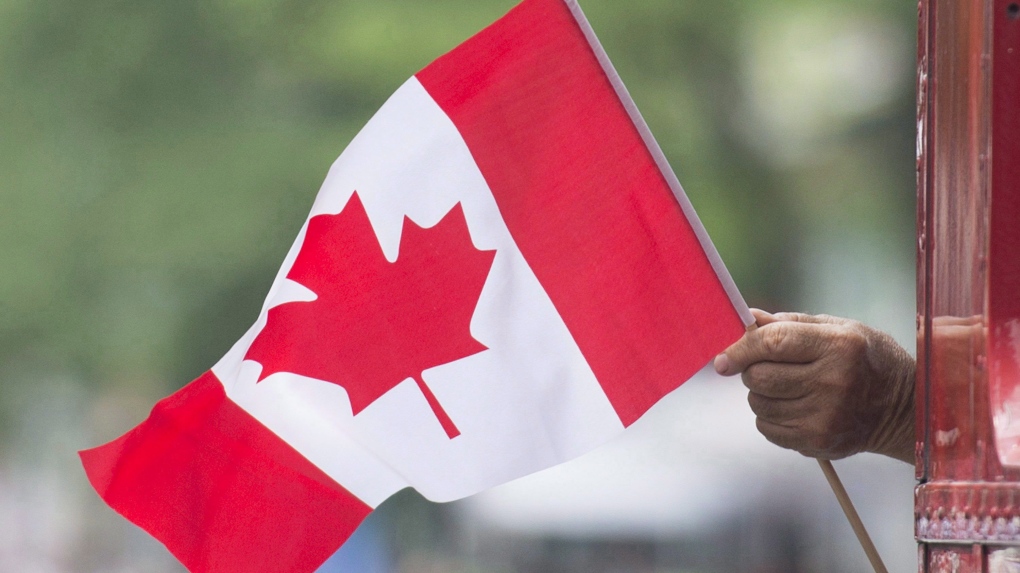 A man waves a flag during a Canada Day parade in Montreal, on July 1, 2018. (THE CANADIAN PRESS / Graham Hughes)

MONTREAL -- The Office of the Commissioner of Official languages wants to hear Canadians’ experience with the country’s two official languages in emergency situations like the COVID-19 pandemic.

The commissioner is asking Canadians to fill out a questionnaire available online. It will be available until June 26, and takes about five minutes to complete.

The purpose of the questionnaire is to find out whether Canadians have been able to obtain information they need from the federal government in the language of their choice during an emergency, in part to plan for future disasters.

There have been a few controversies related to language since the pandemic began. Health Canada lifted certain regulations in terms of bilingual labelling in April, when the country needed to import mass amounts of hand sanitizer, for example. In Quebec, some English-speaking citizens were upset when they received informational COVID-19 pamphlets in the mail that were strictly French.

This report by The Canadian Press was first published on June 8, 2020.