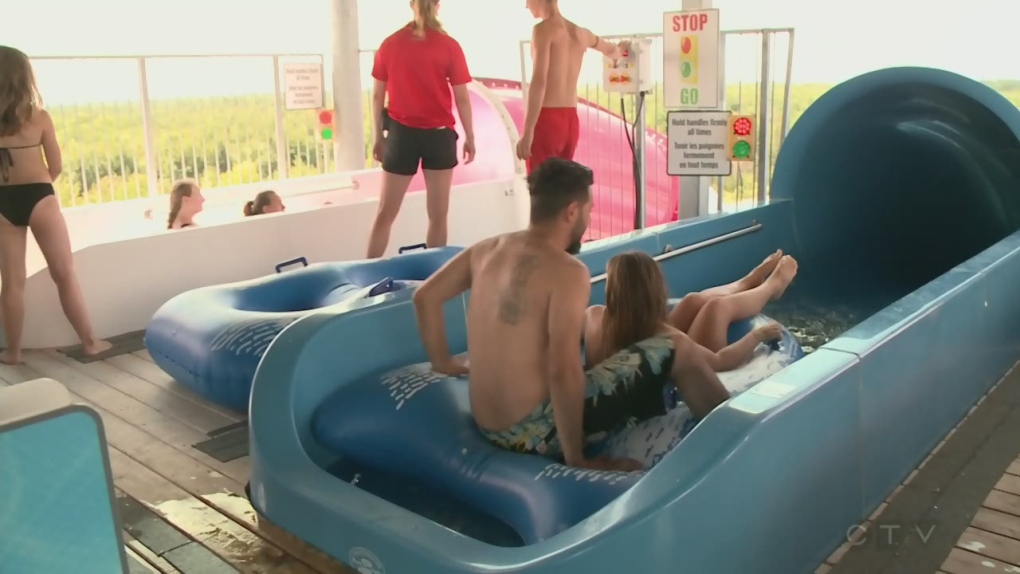 LIMOGES, Ont. -- The owner of two popular water parks in Ontario and Quebec says women will not be allowed to go topless on the premises.

Groupe Calypso Valcartier issued a statement today to say women must continue to wear swimwear covering their breasts and the lower parts of their bodies.

The parks are in Limoges, Ont., and Valcartier, near Quebec City.

The decision follows a human rights complaint filed in Ontario earlier this month targeting the city of Cornwall over its policy of not allowing women to go topless at municipal pools.

Calypso's water park in eastern Ontario and seven hotel companies were also named in the complaint.

Louis Massicotte, CEO of the water park's parent company, says the decision to maintain the topless ban was made after consulting clients and legal advisers in both Quebec and Ontario.

Massicotte says the move was not based on modesty, but rather on the views of "family-oriented clientele."

In December 1996, the Ontario Court of Appeal ruled that a woman's topless stroll down a street in Guelph was not obscene, making it legal for all women in Ontario to be topless in public.

Groupe Calypso Valcartier says it won't comment on the complaint.