Runaway cattle cause $20,000 in damage in Quebec town, evade capture for months

Runaway cattle cause $20,000 in damage in Quebec town, evade capture for months 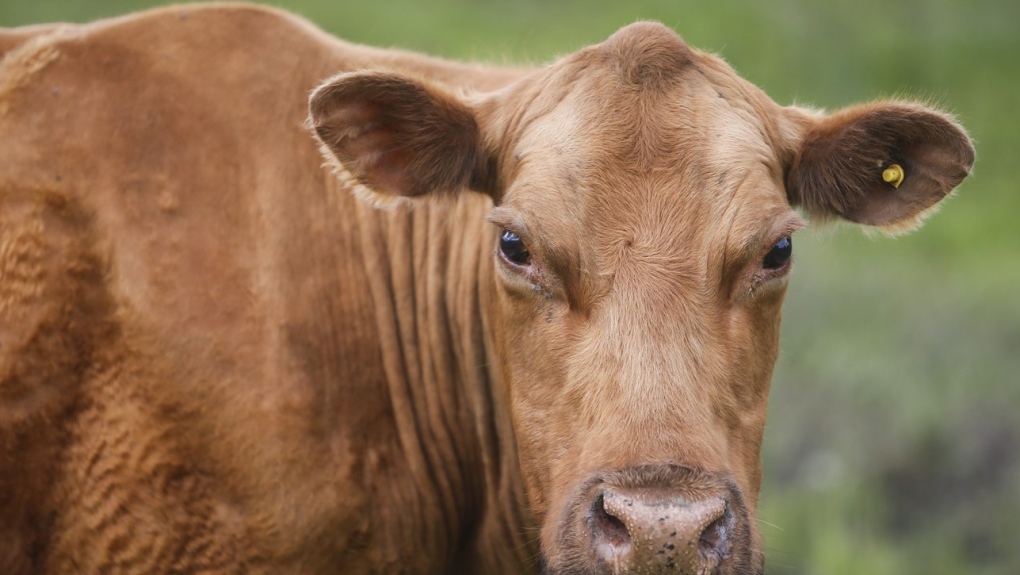 Cows and their calves graze in a pasture on a farm near Cremona, Alta., Wednesday, June 26, 2019. A herd of runaway cattle that has evaded capture for months has been wreaking havoc in farmers' fields near a small Quebec town — which recently resorted to cowboy tactics to try to round them up. THE CANADIAN PRESS/Jeff McIntosh

A small Quebec town is resorting to cowboy tactics to round up a herd of runaway cattle that have evaded capture for months and have been wreaking havoc in farmers' fields.

The mayor of St-Severe, in Quebec's Mauricie region, said the 20 or so young animals jumped out of their field at the end of July and have been on the lam ever since.

Jean-Yves St-Arnaud said most of his citizens -- and even some city council members -- are farmers who are no stranger to livestock, but he said recapturing a herd of skittish heifers who haven't had much contact with humans is a daunting challenge.

"That kind of animal can jump very high," he said. "They can jump up to five feet high; they're impressive animals."

St-Arnaud estimated that the animals have caused between $20,000 and $25,000 worth of damage to nearby crops, mostly by lying down in soya fields and beheading ears of corn. He said the municipality was only informed of what was happening in October, when the cattle started wandering near people's homes and even across the road.

He said he first tried calling the provincial Agriculture Department but was told it didn't deal with breeding animals. He then tried the Wildlife Department and was told the same.

"We had to figure it out ourselves," he said.

Residents and officials enlisted the cowboys of nearby St-Tite -- a town known for its annual western festival. He said eight cowboys and a drone operator spent an entire day in October trying to locate the animals and drive them into specially erected pens. While they almost succeeded, there was a last-minute break in the line, and the herd fled once again.

St-Arnaud said the animals are currently somewhere in the woods, but he's not sure exactly where. He said officials aren't contemplating any lethal means and won't be trampling through private property to find them.

Instead, he said he hopes cold weather and hunger will motivate them to return home on their own.

If they return and start causing trouble again, St-Arnaud said with a smile that the 320-person town will be ready to "take the bull by the horns" -- without specifying exactly what that means.