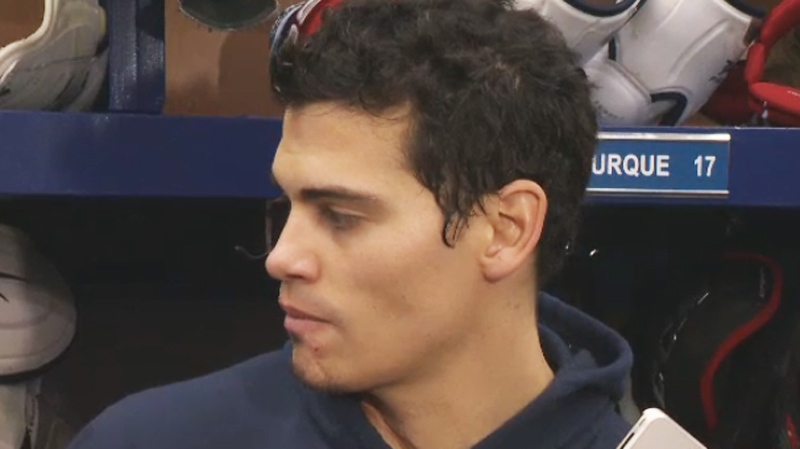 Rene Bourque led the Hamilton Bulldogs with seven shots on net and notched an assist as the Habs’ top farm club beat the St John’s IceCaps 2-1 in overtime Friday in St. John’s.

Bourque, playing in his second AHL game since clearing waivers and being sent down by the Canadiens, assisted on one of Charles Hudon’s two goals.

Bourque scored what appeared to be an early marker but the goal was waved off due to a high stick. He then made a nifty pass to an open Charles Hudon to help the Bulldogs to a 1-0 lead.

Hudon, the Habs’ fifth-round draft choice in 2012, now has 10 points in 14 games for the Bulldogs after scoring the winner in overtime.

The Bulldogs (5-7-2) snapped a three-game losing streak with the win, which saw them outshoot the IceCaps 42-28.

Mike Condon made 27 saves in the victorious effort while Connor Hellebuyck stopped 40 for the Winnipeg Jets’ affiliate.

Bourque, 32, strugged in regular season play with the Canadiens but had 11 points in 17 games during last spring's playoff run.