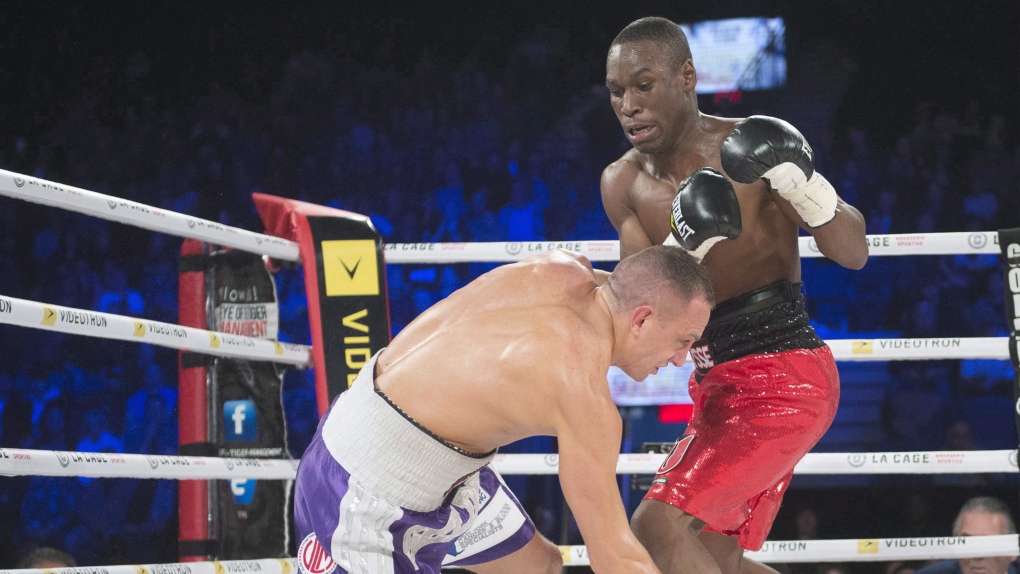 Yves Ulysse Junior, right, of Montreal, knocks down Cletus Seldin, of Brooklyn, NY, during the third round of their welterweight fight in Laval, Que., Saturday, December 16, 2017. THE CANADIAN PRESS/Ryan Remiorz

A powerful slugger, the Venezuelan left-hander been in five fights since May 2016, losing three times. Barroso is the 15th-ranked contender for the WBA belt; the U.K.'s Josh Taylor holds the WBA Super Champion title, while American Mario Barrios holds the 'regular' belt.

This fight gives Ulysse the chance to shine on the international stage. A member of the Eye of the Tiger Management team, he is promoted by Golden Boy Promotions in the United States.

Ulysse-Barroso will be the headline fight at this event.

This report by The Canadian Press was first published Nov. 7.