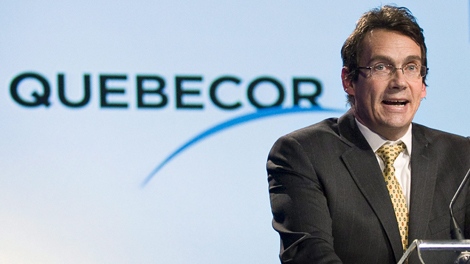 QUEBEC -- Prominent businessman Pierre Karl Peladeau, who is chairman of the board of Hydro-Quebec, has attended two select cabinet meetings featuring Premier Pauline Marois and a few key ministers, The Canadian Press has learned.

Marie Barrette, a spokeswoman for Premier Pauline Marois, said Wednesday that Peladeau is the only chairman of the board of a government agency to be part of such a select committee.

The group is looking at the electrification of transport, a sector that Marois announced on Monday would receive $516 million over three years as part of the government's economic action plan.

Barrette refuted the suggestion that Peladeau's participation in the committee's work is a sign the Parti Quebecois is getting ready to welcome him into their political ranks.

"We've disspelled that rumour and we're being categoric here," she said. "He's not coming into politics with us."

There is increasing speculation that Marois will call a Dec. 9 election in early November

Peladeau said Tuesday he has no immediate plans to jump into politics.

Marois named Peladeau as Hydro-Quebec's chairman of the board last spring. The appointment came shortly after he announced his intention to step down as Quebecor's chief executive.

Barrette said the electrification of the transport sector is a priority for Marois and, in terms of importance, is comparable to the way former premier Jean Charest felt about developing northern Quebec with his Plan Nord.