No Price, no problem: Allen terrific in 2-1 Habs win over Senators 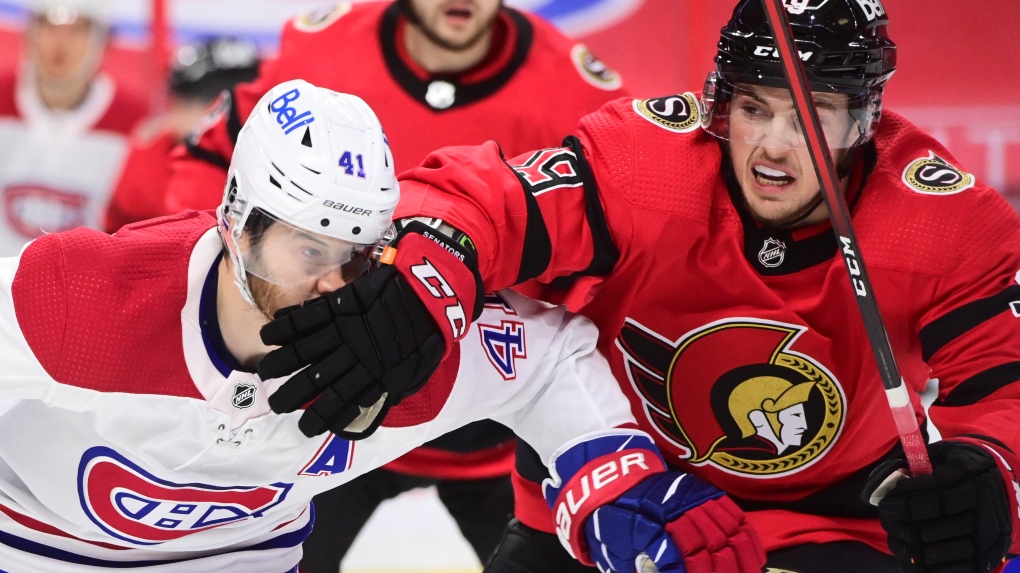 OTTAWA -- Canadiens goalie Jake Allen made 34 saves, while Josh Anderson and Jeff Petry each scored a goal in a 2-1 victory over the Ottawa Senators Saturday afternoon.

Allen allowed one goal on 35 shots, improving his record to 4-1-0. The backup goaltender got the better of Senators starter Matt Murray, who made 30 saves in a losing effort.

The Canadiens (8-2-2) victory avenged a 3-2 loss to the basement-dwelling Senators (2-9-1) Thursday night at the Bell Centre.

Montreal returns to action Wednesday where they'll play the Toronto Maple Leafs at Scotiabank Centre. Ottawa will play the Edmonton Oilers on Monday.

This report by The Canadian Press was first published Feb. 6, 2021.