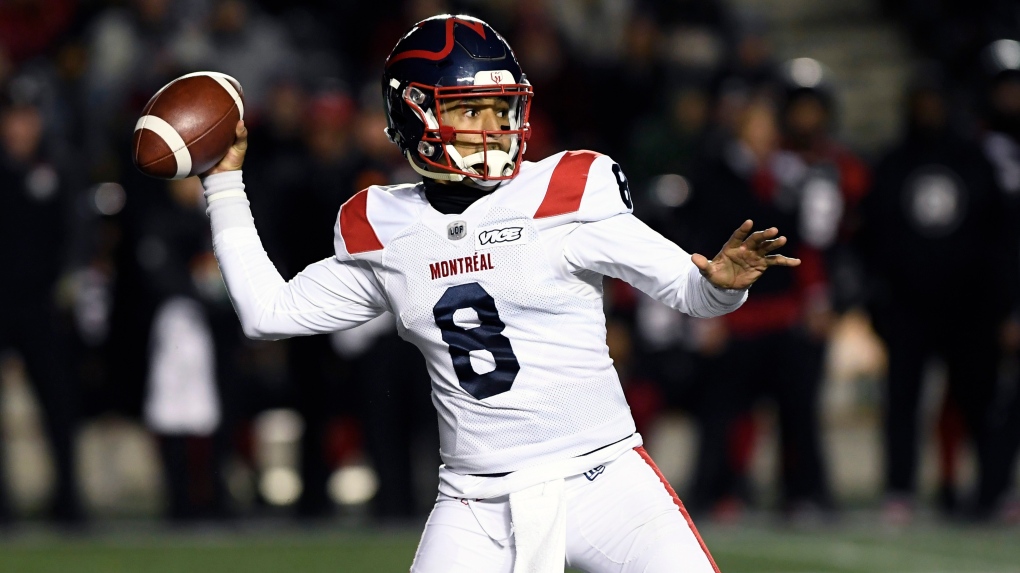 MONTREAL - The Montreal Alouettes (10-8) have sold almost 20,000 tickets to the CFL Eastern semi-final playoff game against the Edmonton Eskimos (8-10) in Montreal on Sunday, and are opening up seats to meet demand.

The organization is removing banners that had covered some sections of Percival Molson Memorial Stadium, which will open up about 1,600 extra seats - some of which are selling for as low as $39 each.

Releasing those extra seats "was our objective and we are very proud to have reached it," said Patrick Boivin, president and CEO of the Alouettes.

"We've felt the enthusiasm and support from our fans all year long and, obviously, everyone is excited to see us back in the playoffs."

Montreal's game against Edmonton Sunday is the team's first home playoff game since 2014.

Doors for the 1 p.m. game will open at 11 a.m. A tailgating party will kick off at 10 a.m. in Mount Royal Park, adjacent to Molson Stadium.