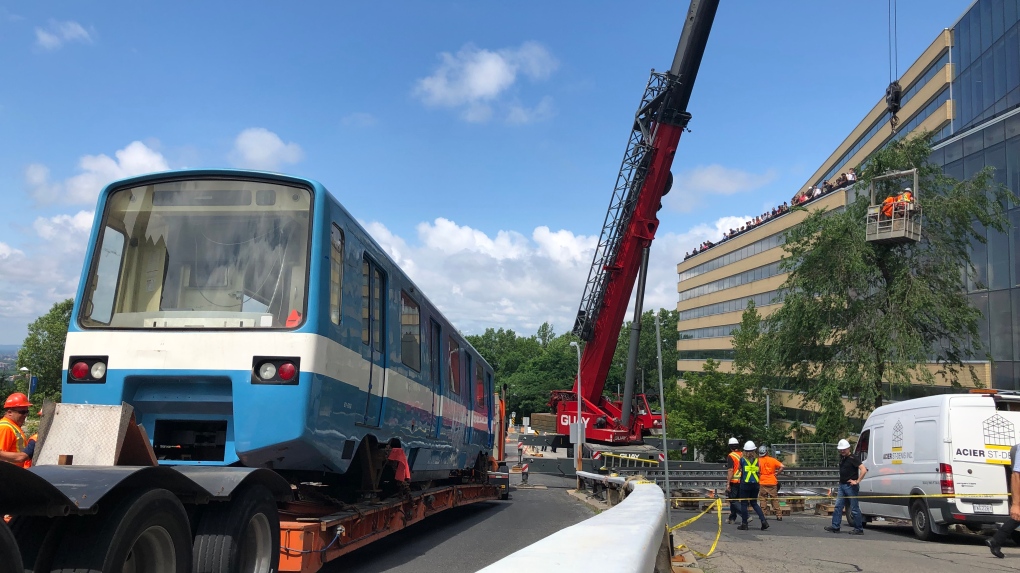 Engineering students at Ecole Polytechnique Montreal have been waiting three years for a metro.

A 13-tonne, MR-63 metro car was delivered to the Lassonde Pavilion at Polytechnique and the process of transforming it into a centre for student health has begun.

“The car is going to be dedicated for student wellness and mental health. It’s not a place for study or work. Other activities like programs, conferences and workshops about mental health,” will also be held in the former metro car, says chemical engineering student Florence Ravary-Berger, one of 17 students involved in the project.

“It’s going to be super luminous inside because it’s so close to the window wall. We’re used to the car being in the tunnel so there’s no light but this is going to be a really beautiful space to be in,” she adds.

Placing a metro car inside a university campus does not come without its challenges, says Polytechnique’s director of strategic planning Jean Choquette. He says that removing the wheels of the car cut the weight of it in half, but also necessitated the use of “skis” to slide the car through the wall and into the Lassonde Pavilion. There are also concrete pillars installed inside the pavilion to support the metro car.

“This is new and it hasn’t been done before. We’re thrilled. We’ve been working with the students for the past three years on this project,” he says.

Ravary-Berger says the project was inspired by two Polytechnique students on an exchange program in Sweden. The students saw a repurposed metro car on their campus and loved the idea because they felt it brought student life together. When they returned to Montreal they saw the STM’s offer and their proposal was submitted so they could preserve a piece of history.

Project manager Christine Lessard says the students are thrilled with the project and how far it has come along. The metro car has given them a unique learning opportunity as well.

“It’s really exciting to work with the students. They are really passionate about the project. They usually don’t work on the projects. Usually they are studying and it’s only after they graduate they get to work on a project,” she says.

Lessard says their metro car project is a team effort and that every decision is made together.

Ravery-Berger says the metro car gives her a feeling of connection with Polytechnique’s former engineering students. The metro cars were put in use in Montreal in 1966 and once had a capacity of 109 passengers.

“It’s a piece of engineering and we’re all engineering students so it’s great to repurpose a car from a system that was built by a lot of engineers from Polytechnique,” she says.

“This is the biggest day. We’ve been working for three years. Today is really our big day.”