Get ready for some heat, Montreal: Sunny skies and humidity expected this weekend

Get ready for some heat, Montreal: Sunny skies and humidity expected this weekend

If you like it hot, you’re in for a treat. Temperatures and humidity will be going up this weekend across Southern Quebec.

Friday will feature perfect summery conditions with plenty of sunshine and a seasonal high of 27 degrees in Montreal. 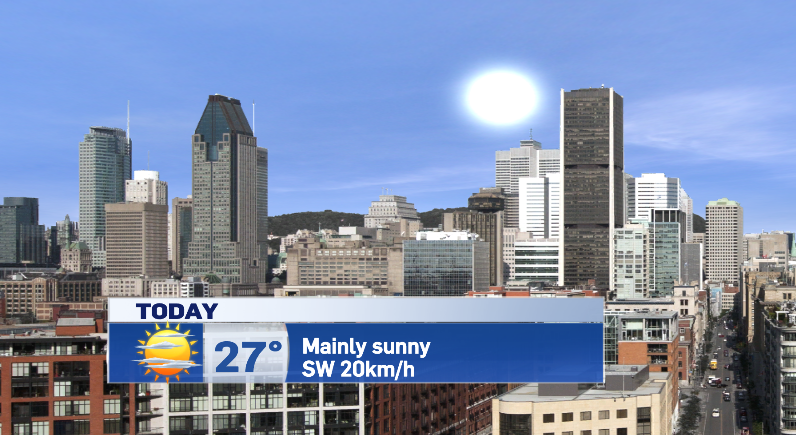 Friday's temperatures are expected to sit around 27 degrees as sunny skies usher in the weekend (Lori Graham, CTV News)

Over the weekend, and through next week, daytime highs will be in the upper 20s and low 30s with humidex values in the mid 30s. 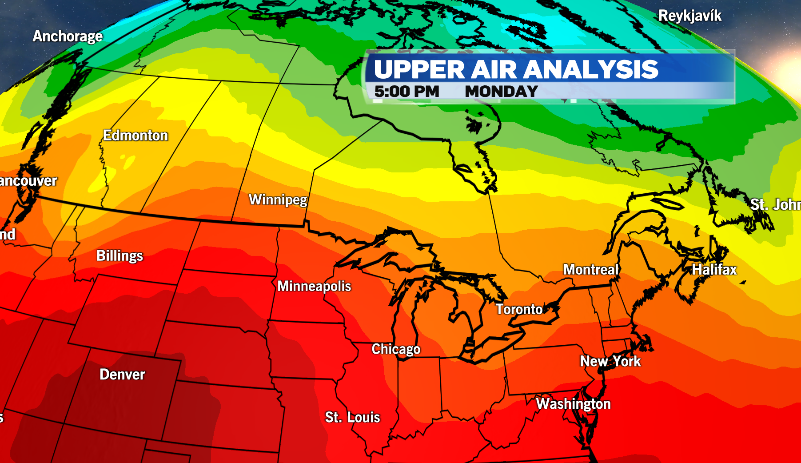 After a hot Friday, temperatures are set to stick around the high 20s to mid 30s over the weekend and into next week. (Lori Graham, CTV News)

Montreal could see its first 30-degree reading this July coming up on Sunday. There is also a chance the city could see an official heat wave with three straight days of 30-degree heat Sunday through Tuesday. 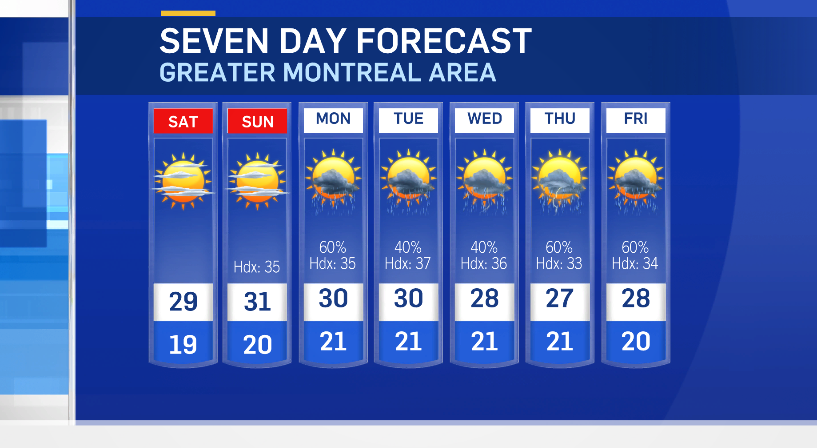 Temperatures in Montreal are expected to stay in the high 20s to mid 30s all week long. (Lori Graham, CTV News)

So far this summer, there has been a lack of extended heat. Montreal only recorded one 30-degree day in June (June 26: 32.4 degrees) and we've only had one heat wave.

That heat wave occurred unusually early in the season, with the city recording three straight days of 30-degree heat between May 12 and May 14.