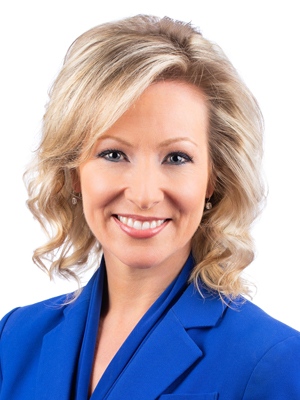 Lori has always had a passion for performing and public speaking and she participated in countless theatrical productions while attending Pierrefonds Comprehensive High School. She went on to study Pure and Applied Science at John Abbott College and would eventually find a way to combine her passion for public speaking with her interest in science by becoming CTV’s weather presenter.

Lori has hosted “Good Morning Canada,” the network’s national weekend morning show as well as CTV’s “Telethon of Stars.” As a proud Montrealer, Lori is involved in a number of local charities to serve her community. This year, she is particularly pleased to be named Honorary President of the Canadian Cancer Society’s 10th annual Relay for Life, an empowering and deeply moving event that she has had the privilege to participate in for several years. The Relay is held in her old stomping grounds at George Springate Park. This year’s edition takes place June 9.

Lori has a passion for theatre and film and has herself appeared in a number of movies such as the Academy Award nominated “Arrival,” and blockbusters like “White House Down,” and “The Day After Tomorrow.” She grew up playing soccer for Dollard and still loves to run. You’ll find her out jogging on the streets of her much-loved city most summer mornings.