Freeland to speak out about Russian human rights abuses during conference 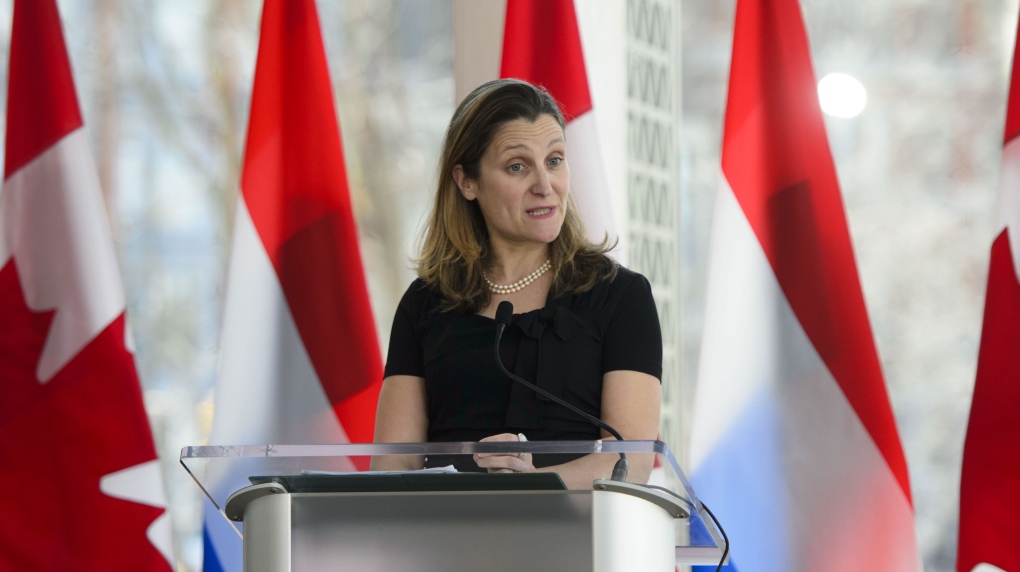 Chrystia Freeland, Minister of Foreign Affairs speaks at a joint media availability at the National Arts Centre in Ottawa on Wednesday, April 3, 2019. THE CANADIAN PRESS/Sean Kilpatrick

Foreign Affairs Minister Chrystia Freeland says she will speak out about the lack of media freedom in Russia during a conference that Canada is co-hosting next month with the United Kingdom.

Prominent investigative reporter Ivan Golunov was beaten and kept in custody for 12 hours without a lawyer after he was stopped by police in Moscow last Thursday.

He faces drug dealing charges he alleges are fabricated by the police.

Freeland, a journalist before she entered politics, told reporters that Canada is watching current situation in Russia very closely and with great interest and attention.

She and British Foreign Secretary Jeremy Hunt are hosting an international conference on media freedom in London in mid-July.

Freeland said the event will bring up "specific cases" around the world where the lives of journalists are at risk but wouldn't go into details.