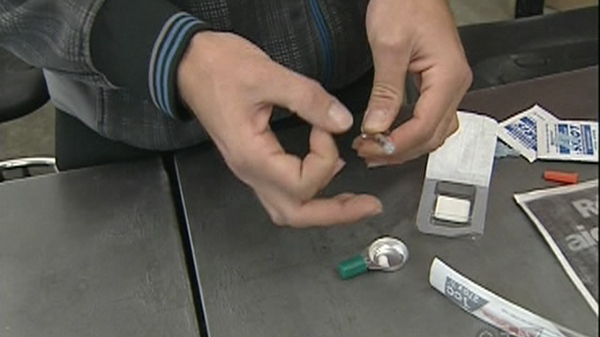 Montreal will soon have four supervised injection sites, serving areas across the city.

According to a report in La Presse, Montreal's health and social services agency will submit a proposal asking for financing to the provincial government this week.

The sites will cost $2.7 million annually, but the city’s department of public health is confident that the health care system will benefit.

Richard Massé, director of Montreal Public Health, argues that though the venture seems expensive, the quality of life of for citizens living near these sites and for people who use intravenous drugs will be improved.

According to a report in La Presse, the sites will be downtown, as well as in the Hochelaga-Maisonneuve and Centre-Sud neighbourhoods. The fourth with be a mobile site, travelling to different areas in the city.

Montreal Public Health recommended the sites be opened in 2011, but the plans have been delayed.

Massé says that if we take into account the complications associated with injecting drugs, such as Hepatitis C, HIV, the risk of overdose and of contamination associated with dirty needles left in the environment, the social costs saved surpass the costs of the service.

He noted that according to a study commissioned by his department, the services will be profitable after four years.

Another $3.2 million will be needed to launch the service in order to purchase equipment and set up the designated sites.

According to the organization’s website, when it opened in 2003, InSite became North America’s first legal supervised injection site.

Downtown residents have in the past voiced their concerns that the sites will attract drug users and dealers to their neighbourhoods.