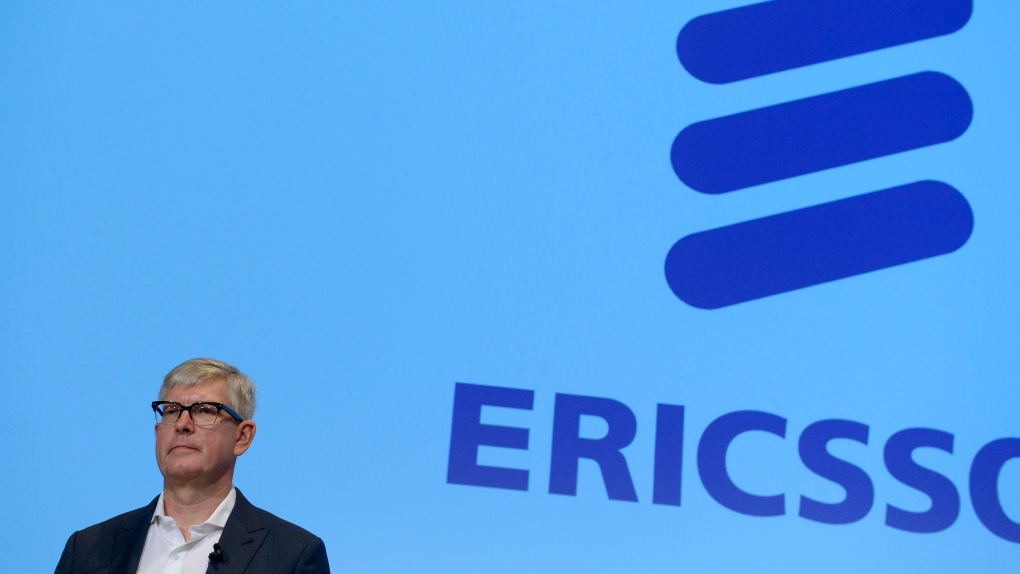 Borje Ekholm stands before the press after he was presented as the new CEO for the Swedish telecom company Ericsson during a press conference at their headquarters in Kista, Stockholm, Sweden, Wednesday Oct. 26, 2016. (Janerik Henriksson/TT via AP)

Swedish telecoms giant Ericsson on Thursday announced the launch of its "global artificial intelligence accelerator" in Montreal, where other tech heavyweights like Google, Facebook and Microsoft have invested in AI research and development.

The specialized lab will focus on "using AI and automation technologies to create data-driven, intelligent products and services" -- work that will specifically impact 5G networks, the company said in a statement.

"Maturing AI capabilities will have a significant impact on 5G and existing networks' automation and evolution," said the head of Ericsson Canada, Graham Osborne.

The Swedish firm -- which already has 1,000 employees working on R&D in Montreal -- said it plans to recruit more than 30 people this year, and possibly more in years to come. Its investment over five years is expected to total $40 million (US$29.7 million).

Canada's second-largest city is hoping to become a major hub for AI research, building on the expertise of globally-recognized local experts like Yoshua Bengio.

"The leadership shown by governments in Canada has helped create a robust Montreal AI ecosystem with world-class talent from which we can recruit," said Osborne.

In late 2016, Google opened an AI lab in Montreal to work on systems capable of understanding and producing a natural language -- one that evolves and develops through use and repetition.

And then later in 2017, Facebook set up its second AI lab outside the United States in Montreal.

In 2016 the Parti Quebecois government gave Ericsson $30 million in subsidies, including a ten-year tax holiday and preferential hydro rates, to open a $1.3 billion data processing facility in Vaudreuil-Dorion. That facility closed in 2018.