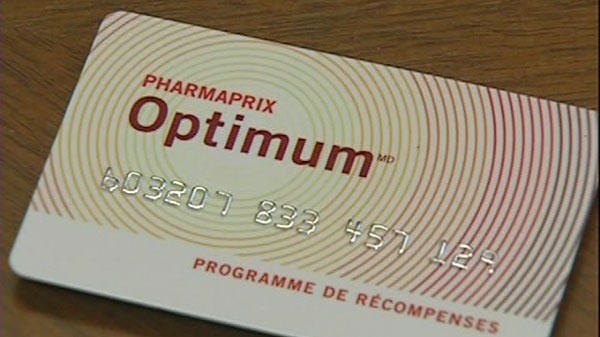 MONTREAL -- Members of Pharmaprix's Optimum points program in Quebec might find a few more points in their accounts in the coming weeks as the division of Loblaw's pharmacy business has settled a long-standing class action with a Quebec consumers' rights group.

The group had filed a class-action against Pharmaprix in 2010 seeking compensation after the company changed its Optimum points program in 2008, 2009 and 2010, lowering the value of the points.

The agreement announced Wednesday would see Pharmaprix, the name under which Shoppers Drug Mart operates in Quebec, pay out more than two billion Optimum points to current clients.

Both the group and Loblaw noted the settlement isn't an admission of liability by the company and requires court approval.

A spokeswoman for Loblaw said the company maintains it operated in full compliance with the law when it changed the Optimum program.

"While the company maintains that it operated in full compliance with the law in respect to the changes made to the program, it has agreed, without any admission of liability, to offer compensation to eligible members of the program in the form of Optimum points," Loblaw spokeswoman Tammy Smitham said.

"There were negotiations that took place," said Elise Theriault, lawyer and judicial counsel for Option consommateurs. "We agreed that given the costs that could arise from a trial, it was better to settle the case."

When a Quebec judge authorized the class action in 2012, an estimated 1.4 million people in the province were members of the program.

Theriault said she didn't know the exact number of members affected, but that under terms of the deal, Pharmaprix will reimburse 85 per cent of the value of the points users had lost during the three successive changes to the program.

"For those cardholders who have an active account, within the 30 days of the approval of the agreement, they should receive 85 per cent of the value of their points," she said.

Those who are no longer members of the reward program won't receive anything, but 50 per cent of the value of their points will be returned to active members, Theriault added.

Optimum members in Quebec won't have to do anything: the points will be automatically added to their accounts, hopefully within 30 days of the agreement being approved, Theriault said.

A hearing in Quebec Superior Court is scheduled for Sept. 6 in Montreal.