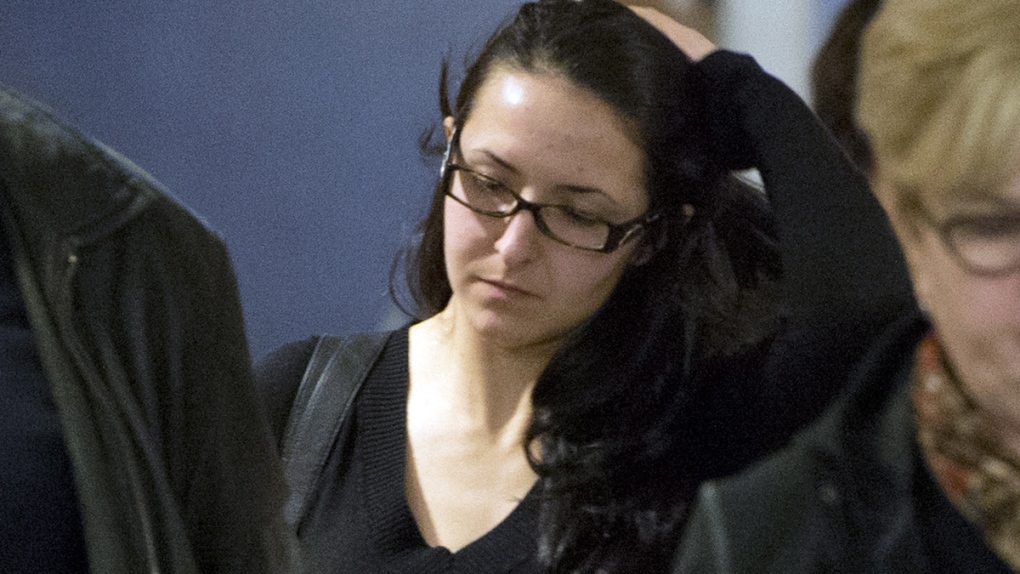 The convictions and sentence for a woman who killed two people by parking on a highway to herd ducks will stand.

Andre and Jessie Roy died on June 27, 2010 when Emma Czornobaj parked her car in the lefthand lane of Highway 30 on Montreal's South Shore.

Czornobaj had left her car in the highway and walked out onto the median in an attempt to pick up ducks and put them in her car.

Coming around a bend, Roy never had a chance to stop before he rammed Czornobaj's car.

His daughter, riding pillion on Roy's motorcycle, was thrown over the vehicle, and then crushed when the car rolled forward.

Roy's wife and Jessie's mother, Pauline Volikakis, also slammed into Czornobaj's car with her motorcycle. She was badly injured in the crash by survived.

During her trial Czornobaj said she realized what she had done was a mistake.

In 2014 a jury found Czornobaj guilty of dangerous driving causing death and criminal negligence causing death, and she was sentenced to 90 days in jail to be served on weekends and 240 hours of community service, along with a ten-year suspension of her driving licence.

But in 2015, when Czornobaj was supposed to start serving her sentence on weekends, Czornobaj was given permission to appeal her case, and the punishments were suspended.

The appeal was heard in court in on April 5 of this year, with lawyer Jean-Francois Bouveret acknowledging that Czornobaj was dangerous, careless, and reckless, but believed his client had acted with good intentions.

Bouveret asked for both the conviction to be overturned, and failing that for the sentence to be reduced.

On June 8 the three judges of the Court of Appeal ruled that the guilty verdict would stand, as would the original sentence imposed.

There is no word on when Czornobaj will begin serving time in jail.