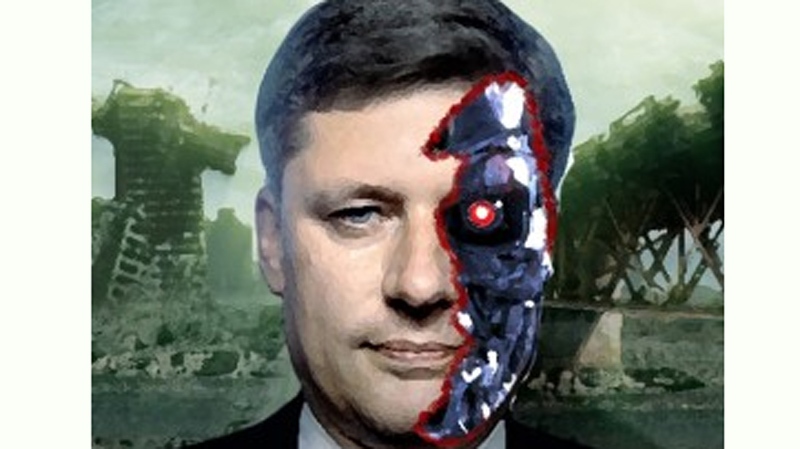 The protesters publicized their demonstration against the Young Conservatives with this image of Stephen Harper as a robot.

A coalition of anti-capitalists known as the CLAC assembled to protest the conference, attended by such Conservative MPs as Jason Kenney, James Moore, Christian Paradis and Maxime Bernier.

Demonstrator Mathieu Francoeur said that he considered the Young Conservatives' first meeting in Montreal as something of a provocation.

He said he was, "insulted" by the text of the invitation, which sought to celebrate the Conservatives' victory of May 2, 2011.

Francoeur said he was surprised that the Conservatives chose to hold their meeting in Montreal where the party had made no electoral gains.

Francoeur said that the Conservative Party deserves to be criticized for "all of its work," including its social policies and policies on immigration and the environment as well as the tough-on-crime Bill C-10.

The protest, which attracted two or three dozen demonstrators, broke up at about 2 p.m.