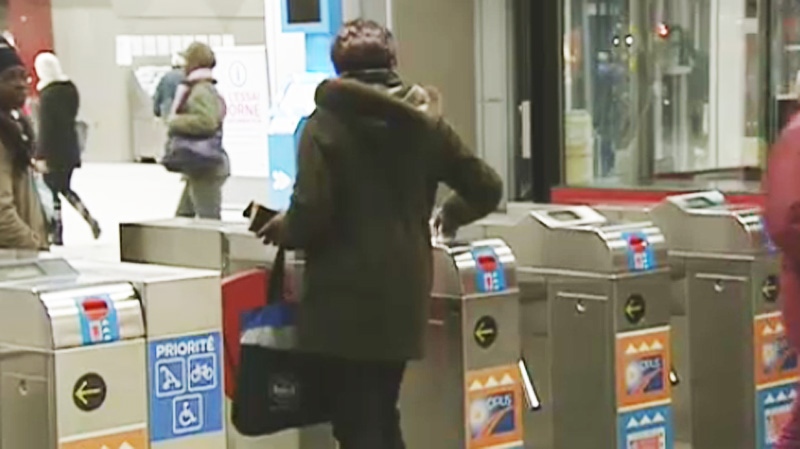 MONTREAL - Another Montrealer has laid a complaint against a ticket taker at the Atwater metro for becoming verbally aggressive when asked to speak in English.

The incident occurred on Monday August 13 when Clarence Vandergeest asked for help with his Opus card, which was not being read by the scanner.

Vandergeest said that the attendant simply turned away when asked for help.

“One guy turned around an looked at me and went back to work,” said Vandergeest.

A second male attendant then came over to the window and spoke aggressively, according to Vandergeest, it was, “an ocean, a rushing river coming down in French.”

Vandergeest explained that he was unable to speak French.

“He just gave me a glare and turned around and went back to his paperwork,” said Vandergeest. “I thought, ‘I don't have to put up with this,’ and I was just fuming.”

Vandergeest tried his card at another turnstile, where it worked.

And as soon as he got home to Huntingdon he called the transit authority to file a complaint.

“As an English person we seem to be getting treated like we're third-rate citizens, as if we're lepers,” he said.

It is not an isolated incident, as City Councillor Marvin Rotrand, who is also the Vice-Chairman of the STM, explained.

But provincial legislation prevents the transit officials from getting employees to offer English service.

“We're governed by la chartre de la langue francaise which obliges us to deliver our services in French,” said Rotrand.

Courtesy is, however, mandatory.

“All our employees must be courteous regardless - all of them. But we can't force anybody to provide services in English,” said Rotrand.

Rotrand said that complaints are on the rise, but those based on claims of discrimination are down.

In mid-July clergyman Michael Dunning said that he was also verbally assaulted by Atwater metro attendants in similar circumstances.