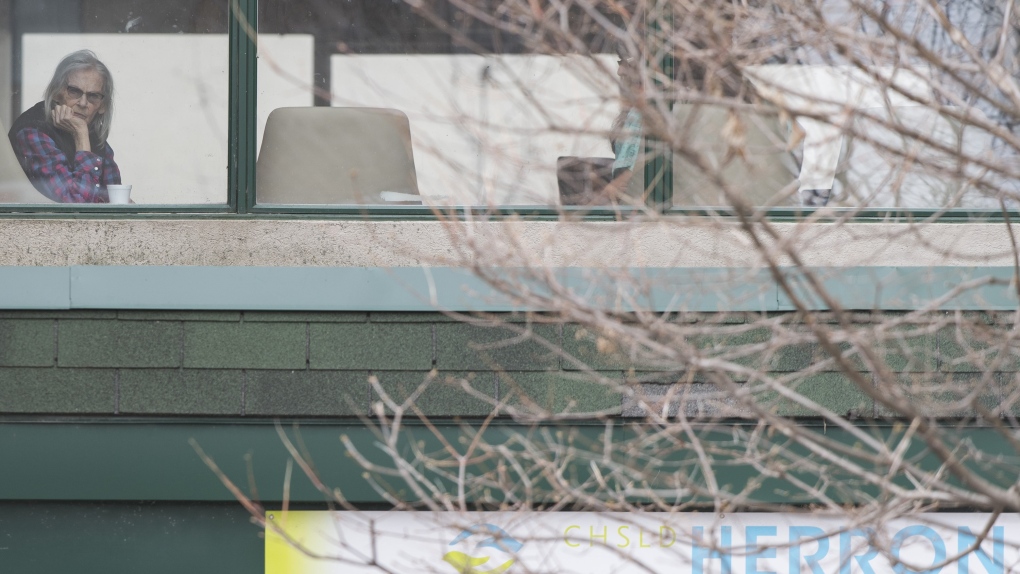 Quebec is easing restrictions on residents in long-term care homes that have been hard hit by the COVID-19 pandemic. THE CANADIAN PRESS/Graham Hughes

MONTREAL -- A new study led by a MUHC researcher will attempt to determine why some residents of long-term care homes (CHSLDs) have been hit harder than others by the novel coronavirus.

The Canadian government will spend $2.7 million through the COVID-19 Immunity Working Group on the study to identify the factors that make one resident more likely than another to develop a severe form of the disease and possibly die from it.

This could lead to better infection control measures, help prioritize available medical care, and reduce unnecessary hospitalizations, so as to protect the health-care system.

"It is not just because we are 'old' that COVID is going to be serious, it is not automatic," said Dr. Donald Vinh, of the Research Institute of the McGill University Health Center (MUHC).

The researchers wish to recruit 850 participants in CHSLDs and private seniors' residences (RPA) in the Montreal region.

"It's not like we started a fire and the whole forest burned down," Vinh said to illustrate the disparities that may have existed within a single establishment after a COVID-19 outbreak. "The death rate was not 100 per cent."

Vinh discovered in previous work that, in some seniors, a portion of the immune system that would normally play an important role in fighting the coronavirus had been neutralized by what are called "auto-antibodies."

The new study could take this discovery even further. Thus, seniors who are carriers of these auto-antibodies may need special attention for their protection, while those who do not have them may simply be placed under observation.

Likewise, new therapeutic avenues may open up if, for example, it is determined that the sickest seniors are deficient in interferon, a safe molecule that has been used for years to fight multiple sclerosis and hepatitis C.

McGill, Concordia and Universite de Montreal, and the University Institute of Geriatrics of Montreal are collaborating in this study, as are the CIUSSS Center-Sud and West-Island-of-Montreal.

Concordia professor Jean-Philippe Gouin is interested in the relationship between psychosocial factors and the severity of COVID-19 infections, since several residentss suffer from cognitive disorders, psychiatric symptoms or sleep problems.

This report by The Canadian Press was first published March 11, 2021.