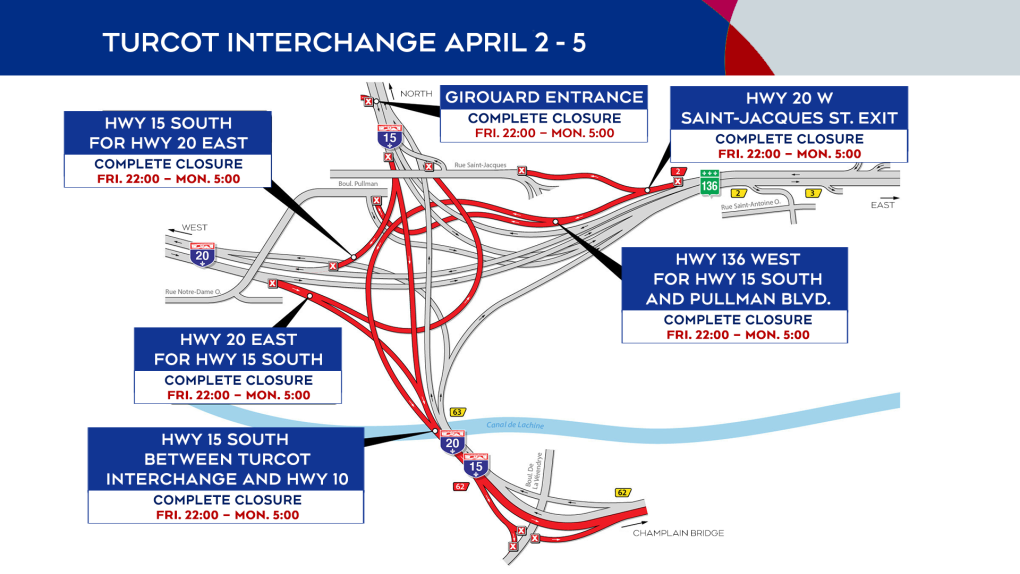 MONTREAL -- Road users on the Eastern long weekend are best advised to stay away from the Turcot Interchange, Champlain Bridge and highways around Nuns' Island, as there is major roadwork scheduled.

Those and other closures are expected this weekend.

Until Monday at 2 a.m., the following closure is in effect:

As a result, the following are default closures

Until Tuesday at 2 a.m., the following closure is in effect: 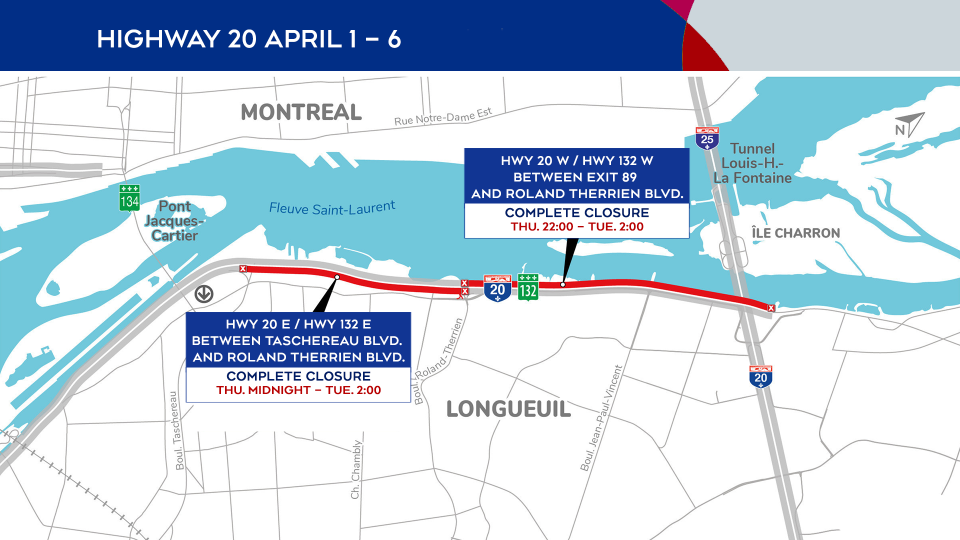 From Friday at 10 p.m. to Monday at 5 a.m., the following closure will be in effect: 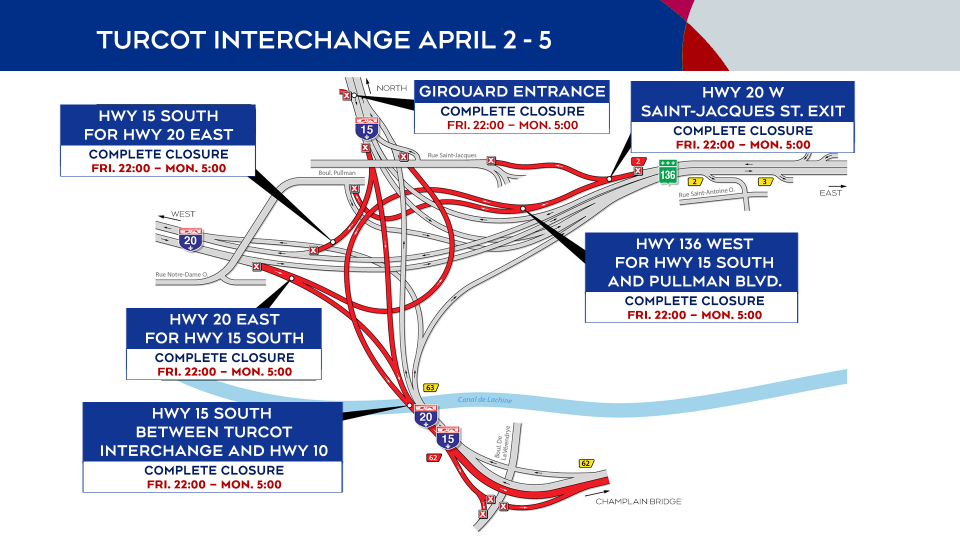 The Bonaventure Highway (A-10) East (towards the Samuel-De Champlain Bridge) is closed between Wellington Street and the entrance from Carrie-Deroy St. from Carrie-Derick St. according to the following schedule:

The Bonaventure Highway (A-10) West (towards downtown) is closed between the Pierre-Dupuy Ave exit (2) and Wellington. 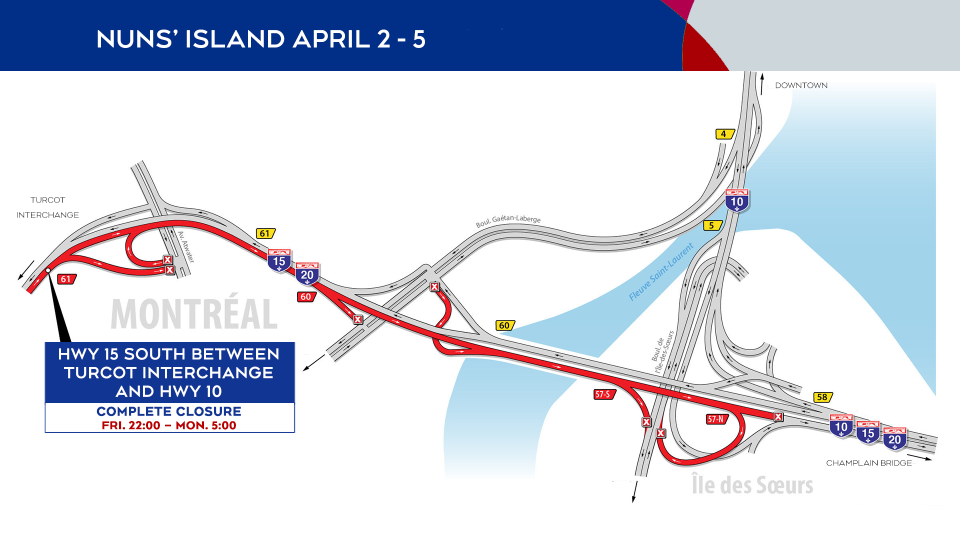 Also, the Dorval roundabout is closed under the Highway 20 overpass bridges. The sections of the roundabout allowing east and west movements, however, remain open.

Until mid-may, two of four lanes in the Ville-Marie Tunnel are closed between the Guy St. exit (3) and the Saint-Jacques St. exit (4) heading west and east.

All work can be subject to cancellation due to weather. For more information and detours visit the Mobility Montreal website or its Facebook page.