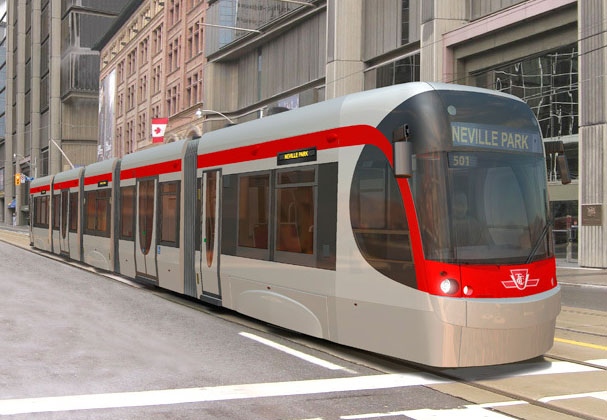 UPDATED: After five weeks of strikes, 82.2 per cent of employees at the La Pocatiere plant voted to accept a new collective agreement on Wednesday night.

MONTREAL--Bombardier rail-equipment workers in Quebec will vote tonight on a conciliator's recommendation for a new collective agreement that would end the nearly five-week strike.

Union members will gather at a meeting in La Pocatiere, northeast of Quebec City at 5:30 p.m. EST with a decision likely announced a few hours later.

A spokesman for the Confederation of National Trade Unions affiliate said the negotiating team is not announcing whether it will recommend acceptance until the meeting starts.

Bombardier said this week that is was hopeful that the 330 workers will accept conciliator Jean Poirier's recommendation that was issued Sunday after a blitz of offers between the two sides over the weekend.

"We think that his recommendations are pretty realistic, they're fair enough and I figure that for both parties this is where it should stop and we are optimistic that we could have the end of it and resume work," spokesman Marc Laforge said in an interview Monday.

Laforge declined to provide details about the offer but said it fits within the framework of Bombardier's offer that was soundly rejected by workers on Nov. 22.

"It's all within the framework that was on the table and about being creative and see how you can work things out with what was there and also to try to meet the union's preoccupations and also our own."

Subcontracting, pension and salaries have been the key issues for the workers who have been without a contract since Sept. 30, 2011 and who have been on strike since Nov. 1.

Bombardier characterized its earlier proposal as a generous offer that raises wages and pension benefits and contained a commitment to invest in new technology at the plant northeast of Quebec City.

It included a 12.5 per cent wage increase over five years, a $9-million pension plan contribution that would raise employee benefits by 18 per cent and a commitment to invest $3 million in new state-of-the-art laser welding technology that would return some jobs that were outsourced to the United States.

Laforge said work can resume as early as Thursday morning if the deal is accepted.

Meanwhile, Bombardier Transportation suffered two losses at the hands of France's Alstom, its partner on the Montreal metro contract. Two consortiums it was part of failed to secure contracts for the $2.1 billion Ottawa light transit rail project and the $5.8 billion railway contract in South Africa.

On the Toronto Stock Exchange, Bombardier's shares closed down five cents or 1.5 per cent to $3.28 in Wednesday trading.