Quebec to distribute over 3,000 welfare cheques to asylum seekers 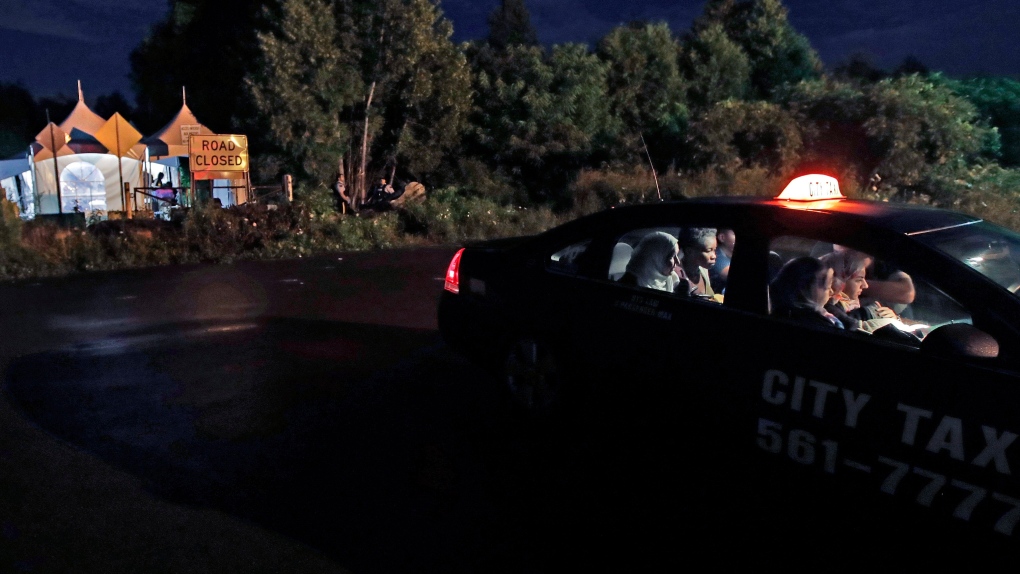 FILE - In this Aug. 8, 2017 file photo, a taxi filled with women from various nations pay their fare as they arrive at an unofficial border station across from Saint-Bernard-de-Lacolle, Quebec on Roxham Road in Champlain, N.Y. Many migrants said they left the U.S. (AP Photo/Charles Krupa, File)

The province's Employment Department announced today it will instead hand out cheques to refugee applicants inside the temporary shelters that have been erected around the Montreal area.

Quebec says about 3,000 cheques will be distributed in shelters and the rest mailed directly to the private residences into which asylum seekers have already moved.

Roughly 8,000 people, mostly Haitians, have crossed into Quebec from the U.S. since June.

The basic monthly welfare payment for a person who lives alone in Quebec is $642.92.

Asylum seekers are being asked to move out of the government's temporary shelters and into a private residence after they received their money.