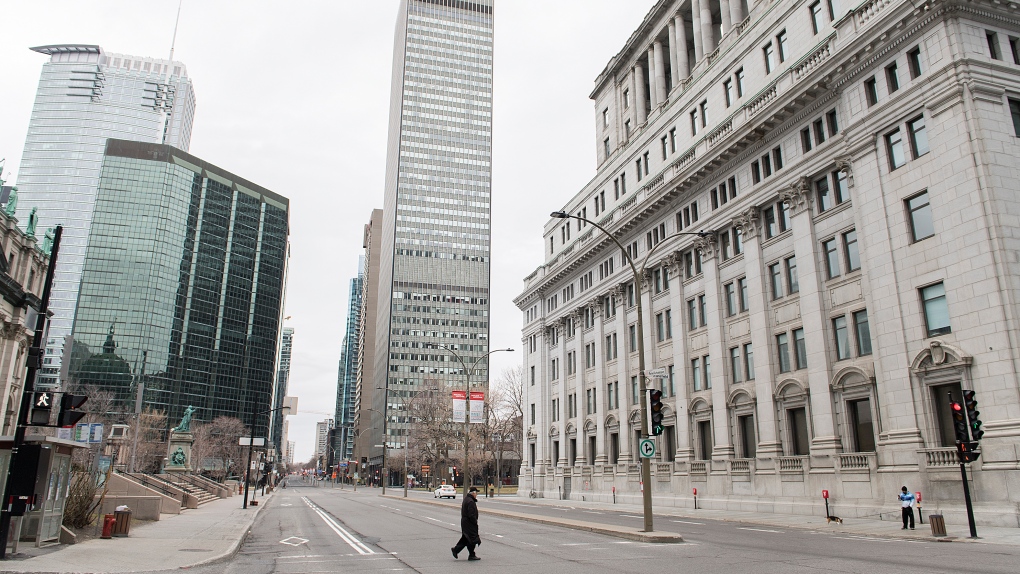 After growing by 1.6 per cent in March, Quebec's economy contracted by 0.2 per cent in April as the third wave of COVID-19 contaminations took hold, the Institut de la statistique du Quebec reported Tuesday.

The real gross domestic product of the province thus accumulates a growth of 8.2 per cent for the first four months of 2021, compared to the same period last year. This exceptional growth is explained by the historic declines recorded in March and April 2020 that were noted as the pandemic arrived in the province, the ISQ said.

The drop in GDP in April was due to the production of goods industries — mining, quarrying, and oil and gas extraction — which fell by 0.9 per cent after rising by 2.1.

For their part, the service-producing industries recorded a gain of 0.1 per cent, which marked a slowdown after the 1.5 per cent and 1.4 per cent increases posted in February and March respectively.

Among the sectors that contributed most to this change were health care and social assistance (+1.0 per cent), retail trade (-1.1 per cent), and transportation (-1.2 per cent).

-- this report by The Canadian Press was first published in French on July 20, 2021.

Dozens of Florida residents left their flooded and splintered homes by boat and by air on Saturday as rescuers continued to search for survivors in the wake of Hurricane Ian, while authorities in South Carolina and North Carolina began taking stock of their losses.