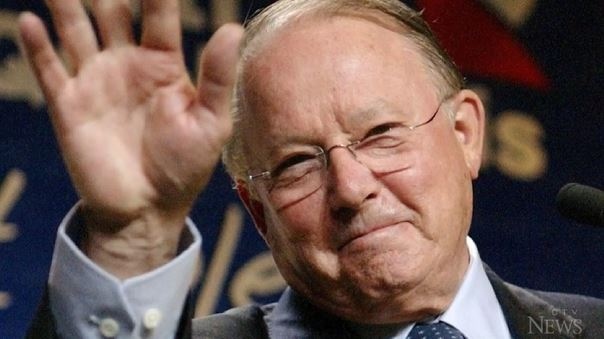 MONTREAL - A hydroelectric project in far northern Quebec has been renamed after a former premier described Monday as courageous, visionary and compassionate, and whose personal relationship with Indigenous leaders made the venture possible.

Located deep in Cree territory about 1,000 kilometres north of Montreal, the Eastmain-1 dam and the Eastmain-1-A power plant are being renamed in memory of Bernard Landry, Quebec Premier Francois Legault said at a naming ceremony.

The large water basin behind the dam will now be called the Peace of the Braves reservoir, after the historic 2002 economic development agreement between Quebec and the Cree that ended years of conflict.

Landry, who was premier between 2001-2003 and died last year, "was admired by the Cree nation for his courage, compassion and vision," Grand Chief Able Bosum told reporters and other guests at the ceremony in Montreal.

Bosum said Landry was the first sitting premier to stay the night in the Cree community -- a gesture that didn't go unnoticed.

"Before the (Peace of the Braves) it used to be a challenge to get leaders to come to our community," Bosum said, relating the story of Landry taking a morning walk through the Cree town of Waskaganish during a snowstorm on Feb. 7, 2002.

"A number of us were standing in the lobby of the community lodge and premier Landry comes walking through the door from his morning walk with a big smile on his face as if it was a beautiful day."

Later that day, Landry and then-Cree leader Ted Moses signed the agreement, which gave the Cree more autonomy in development projects, millions of dollars in compensation, a new forestry regime, and enshrined the community's consent for the Eastmain project that now bears Landry's name.

The deal is considered a model agreement for economic development between Indigenous and non-Indigenous peoples.

Bosum said there are many Indigenous people in Canada and around the world "who cannot imagine signing for a future together the way the Quebec government and Cree nation do every day."

Legault said key to getting the deal done was the personal relationship Landry formed with Moses.

The premier said he is trying to sign similar agreements with other First Nations groups but it has proven difficult.

Moses attended Monday's ceremony at Hydro-Quebec's headquarters, and thanked Landry for the "effort (he) put in to recognize the Cree so we can have a rightful place in Quebec."

Seventeen years after the deal was signed, Moses said, "you can see the communities and the development of the North and the benefits the Cree have received."

This report by The Canadian Press was first published Nov. 4, 2019.