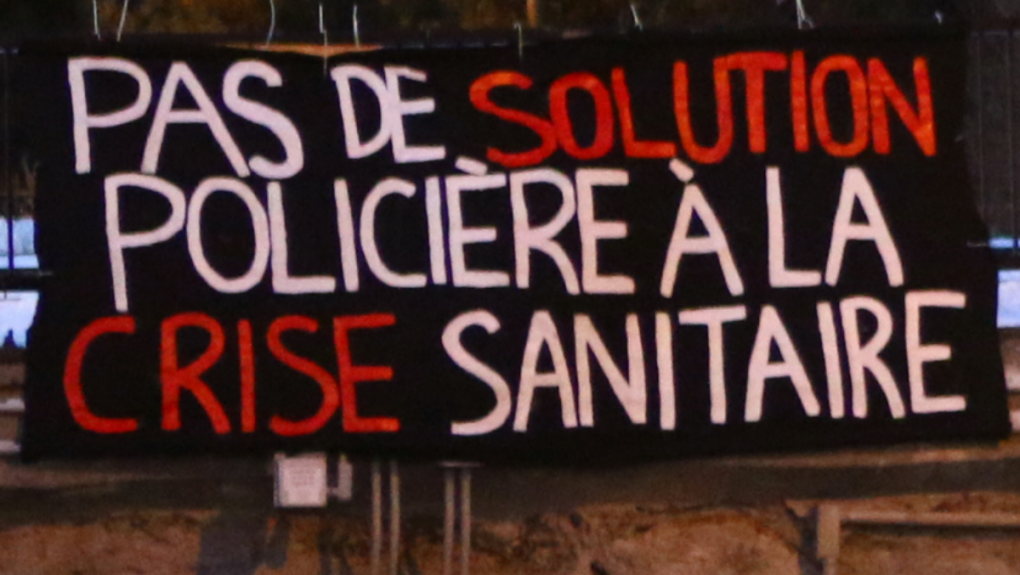 A protest against the Quebec-wide curfew in Montreal is based on encouraging a science-based approach to the pandemic and not a police-enforced one. SOURCE: Pas de solution policière à la crise sanitaire/Facebook

MONTREAL -- A demonstration against the imposition of the curfew in Quebec is scheduled this afternoon in Montreal.

Organizers from the group "No police solution to a health crisis" and others are denouncing what they call a police response to the crisis.

"The curfew will have at most a symbolic effect," the group wrote in a news release. "In reality, we are witnessing the continued degradation of the social safety net and the creation of a climate of fear."

The demonstration is set to take place at Place Simon Valois in the Mercier-Hochelaga-Maisonneuve borough in Montreal at 3:30 p.m.

An organizer confirmed to CTV News that the winter weather would not halt the demonstration.

Organizers emphasize that the demonstration is not connected to recent anti-mask or anti-health measures protests, and is reminding those who attend to respect social distancing and mask-wearing guidelines.

The aims of the protest, organizers say, are social justice and scientific consensus.

"Instead of solidarity, and at a time when our mental health is already deteriorated by nearly a year of uncertainty, the government is encouraging denunciation, the search for scapegoats, and individual guilt, thus absolving itself of all responsibility," the group writes.