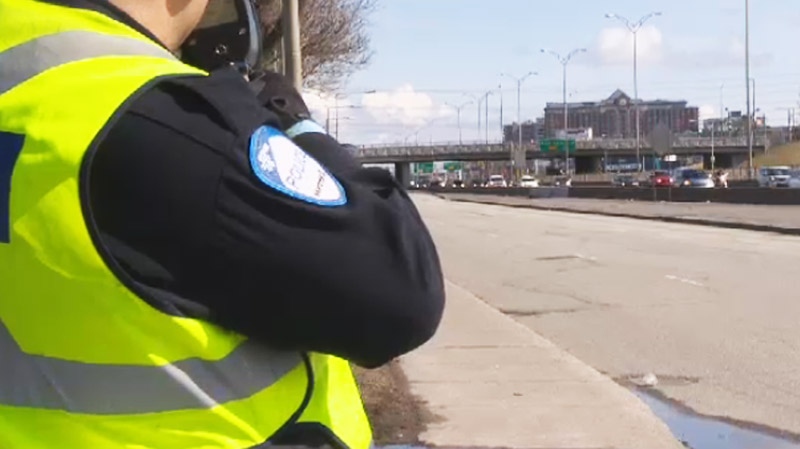 Radar guns will be firing at Montreal motorists this week, as police aim to crack down on speeding motorists. (Image: CTV Montreal)

Police throughout Quebec are reminding drivers that only a select few are allowed to ignore speed limits, and even then they have to remain on a race track.

As the Grand Prix is underway in Montreal provincial police and others are keeping an eye on luxury and sport cars as race fans flock to the city.

Police forces across Quebec launched speed patrols before the May long weekend and they plan to keep more officers on patrol than usual until mid-June. They are also concentrating on driving offences in school zones.

Provincial statistics show speeding is at the root of one-third of all roadway deaths in Quebec: about 115 deaths each year, and nearly 7,000 injuries.

The SAAQ believes that if drivers slowed down by 5 km/h, the number of deaths and injuries on the road would drop by 15 percent.

Last year police handed out more than 267,000 speeding tickets in the province, and the largest group of offenders is men aged 16 to 34.