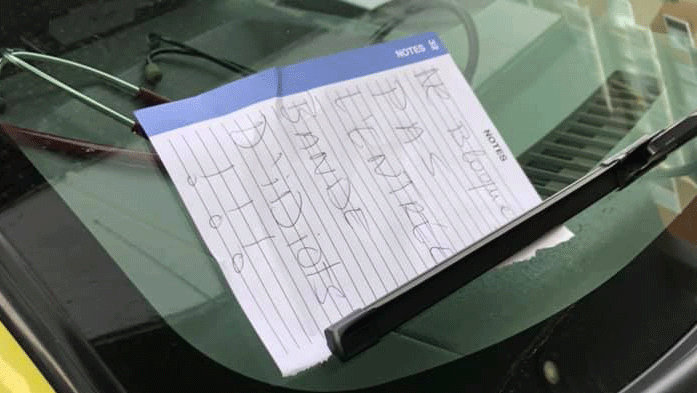 A note left on an ambulance windshield (photo: Urgences-Sante)

Urgences-Sante is asking people to be patient with paramedics and parking.

In a Facebook post Tuesday, Urgences-Sante showed a picture of a note left on an ambulance's windshield telling the ambulance not to block an entrance, and calling the paramedics a 'band of idiots.'

According to the post, the emergency workers were responding to a 9-1-1 call that had been ranked Priority 1.

"Know that during an intervention, our paramedics have several things to think about: park safely, have all the right tools to help you, think about a possible evacuation," and so on, the post reads.

Urgences-Sante said that an ambulance might delay you for a few minutes, but "know that we never deliberately block a place unless every second counts and where a life may be at stake."