Opposition says Legault COVID press conferences need to end, are 'not a chance to show off' 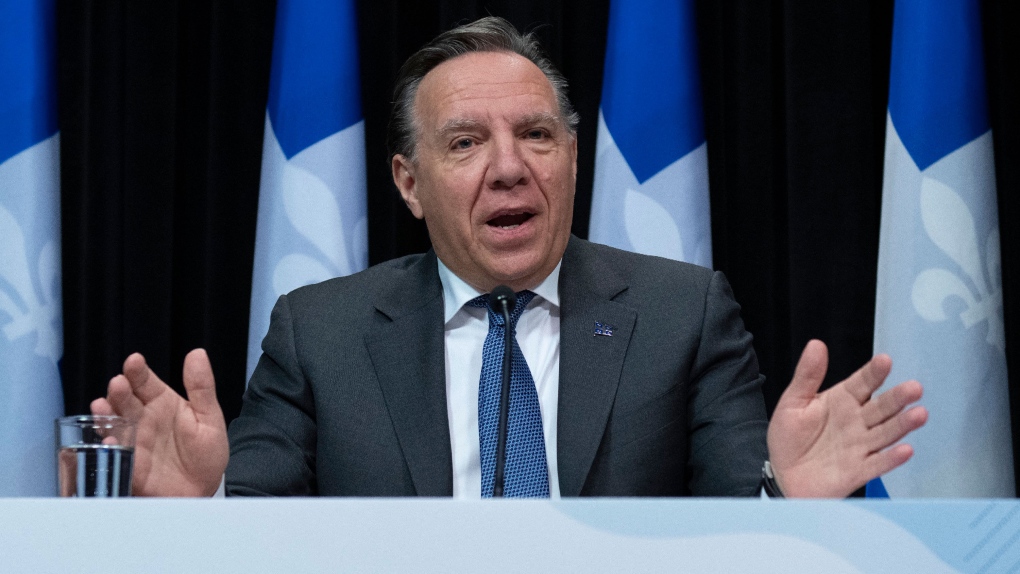 QUEBEC CITY -- The Parti Quebecois is calling for an end to the Quebec premier's press conferences on the public health situation, at least in their current form.

The PQ opposition says the formula no longer meets its goal of clearly informing the public, and it's asking for changes, especially asking the government to release its new measures in writing before, not after, the highly publicized verbal announcements.

Premier François Legault, Health Minister Christian Dubé and Public Health Director Dr. Horacio Arruda appear together the majority of weekdays to give a COVID-19 update or announce new rules in wide-ranging press briefings that regularly last more than an hour each.

The parliamentary leader of the PQ, Pascal Bérubé, said citizens are complaining that the message no longer gets through and that this can't continue -- since what's at stake is adherence to health rules.

He also criticized the government for choosing certain media to disseminate bits and pieces of information even before the press conferences, because, he said, this causes confusion and lack of interest among the public when it comes to the official announcement.

"The government must remember that the press conferences it calls in connection with the pandemic are not occasions to show off... but are moments to give clear and complete information to the Quebec public," said the MNA for Matane-Matapédia.

"We absolutely must rethink the formula."

He also said that some issues or announcement are knowingly omitted in the verbal announcements, giving the recent example of the new obligation for all workers to always wear a mask, or changes in the social-distancing distance in event spaces or cinemas, or the ban on travelling from a red zone to a yellow zone.

"Why voluntarily ignore certain measures, even if they may seem unpopular?" he asked. "How can journalists do a proper job if some of the information is not disclosed to them when asking their questions?"

The PQ parliamentary leader is asking for the official press release, in each case, to be released one hour before the press conference rather than after, so that journalists have all the information they need to ask questions and get clarification.

The party is also asking for the full publication of health decisions affecting the various sectors, as well as the opinions of public health officials.

This report by The Canadian Press was first published April 7, 2021.