MONTREAL -- Quebec comedian Mike Ward made his case before the Supreme Court of Canada on Monday for his constitutional right to make jokes about young disabled man Jeremy Gabriel.

The nine judges of Canada's highest court heard arguments before both sides. The court usually takes several months to render a decision.

Ward's attorney, Julius Grey, was the first to make his case, telling the court, “There is no right not to be offended.”

Grey argued his client was commenting on “a sacred cow” and not attacking the teen for his disability.

“Mockery does not deprive someone of a service or a right,” he said.

Grey provoked a startled response from several judges when he argued that Ward “offered equality to Jeremy Gabriel by treating him the same as other sacred cows.”

Grey's argument prompted Justice Russell Brown to say, “Come on! Don't go that far. We're not talking about Galileo or Salman Rushdie. He's not a hero.”

“We're talking about someone who said he tried to drown a 13-year-old who has a physical disability,” added Justice Sheilah Martin.

Christopher Bredt, a lawyer for the Canadian Civil Liberties Association, also argued in favour of Ward's freedom of speech, saying, “A lot of comedy is in bad taste.”

But a lawyer for Quebec's Commission of Human Rights and Youth Rights said the case is not a matter of good or bad taste.

“The case here is not about morals or good taste. It's about discrimination against a disabled child,” said Stephanie Fournier, adding that Ward's words had “an effect on Jeremy's dignity.”

She also argued that Ward's comedy routine was broadcast online and were accessible to Gabriel's schoolmates.

“He was made fun of, he was bullied at school. He had to deal with his parents' distress. There are a lot of consequences experienced by Jeremy,” she said.

A lawyer representing Gabriel and his mother other echoed the Commission's arguments.

“In this case... Mr. Ward went too far. There were repercussions that could not be ignored,” said Stephane Harvey.

Quebec's highest court already upheld a human rights tribunal's ruling requiring the comedian to pay damages to Jeremy Gabriel, a singer who has a disability.

Gabriel has Treacher Collins syndrome, a congenital disorder characterized by skull and facial deformities. He became a celebrity in Quebec when, as a child, he sang with Celine Dion and for Pope Benedict XVI. 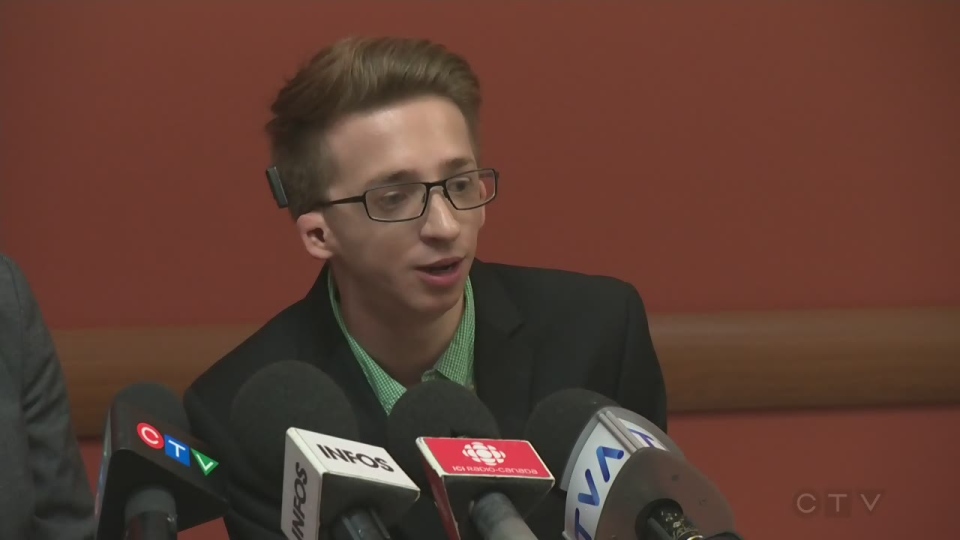 In shows between 2010 and 2013, Ward joked he thought Gabriel had a terminal illness and people were only nice to him because he would soon die. Ward then joked that after he realized the child was not going to die, he tried to drown him.

In 2016, Quebec's Human Rights Tribunal ordered Ward to pay $35,000 in moral and punitive damages to Gabriel based on his comments against the singer.

The court ruled Ward’s comments could not be justified, even in a society where freedom of expression is valued.

In a two-to-one decision, the Quebec court said "comedians must nevertheless realize that artistic freedom isn't absolute and they are, like all citizens, responsible for the consequences of their actions when they exceed certain limits."

On Monday, Quebec's youth rights commission released a statement against the appeal.

"The Commission acknowledges that given his [fame], Jeremy Gabriel exposes himself to criticism and satire," read the release. "But this must be done with respect for his fundamental rights."