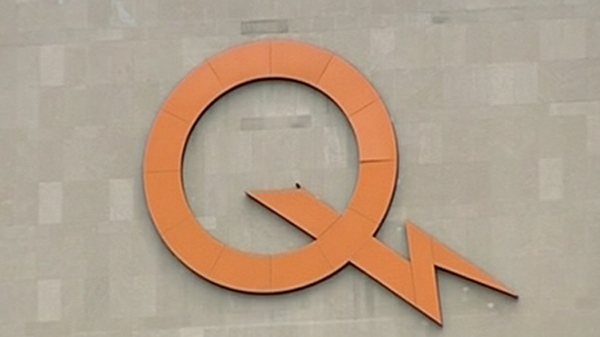 The Hydro Quebec logo decorates the side of a building (August 12, 2010)

Hydro-Québec workers needed nearly two hours to identify and repair a problem at its Guy St. station that knocked out power for more than 3,100 clients downtown just after 8 p.m. Thursday evening.

Hydro-Québec spokesperson Elaine Beaulieu said the outage covers most of the western end of the downtown core, spanning from Pine Ave. to the north to Notre-Dame St. to the south, and from McGill University to the east to Crescent St. to the west.

However, there were reports of outages outside those boundaries as well.

The power outage hit traffic lights in the affected area, and the Montreal police were called upon to direct traffic in the area.

The problem was fixed at around 9:45 p.m. and power was gradually restored over the 20 minutes that followed.