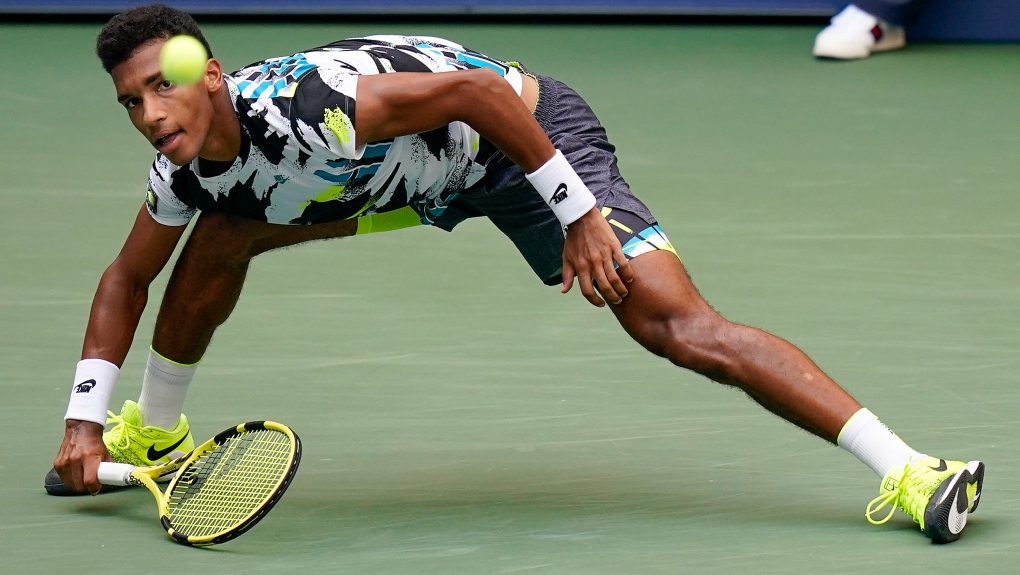 Felix Auger-Aliassime, of Canada, returns a shot to Dominic Thiem, of Austria, during the fourth round of the US Open tennis championships, Monday, Sept. 7, 2020, in New York. (AP Photo/Seth Wenig)

MONTREAL -- Canada's Felix Auger-Aliassime lost 6-4, 7-5 to Serbia's Filip Krajinovic in the first round of the ATP Tour's Italian Open on Monday.

Auger-Aliassime, the No. 16 seed and world No. 20, won just three of 30 points against Krajinovic's first serve at the clay-court event.

The 20-year-old Auger-Aliassime, from Montreal, was coming off a run to the round of 16 at the U.S. Open. Krajinovic, the world No. 29, made it to the third round at the New York Grand Slam.

No. 12 seed Denis Shapovalov of Richmond Hill, Ont., faces Guido Pella of Argentina in a first-round match on Tuesday.

No. 13 seed Milos Raonic of Thornhill, Ont., also kicks off his tournament on Tuesday against Adrian Mannarino of France.