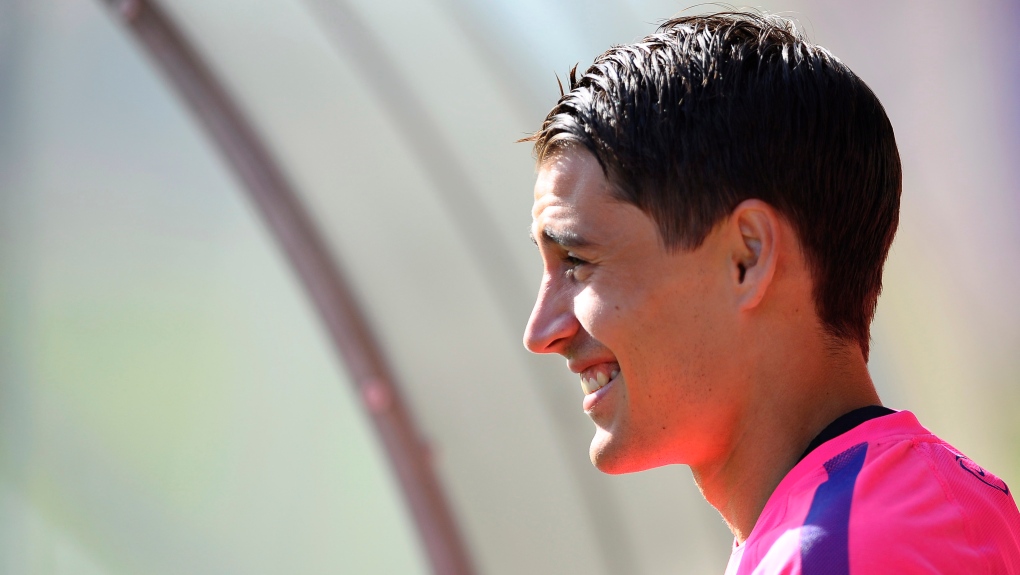 MONTREAL -- The Montreal Impact have signed former Barcelona attacking midfielder Bojan Krkic through the end of the 2020 season.

The Major League Soccer club said in a release Wednesday that Krkic was signed using targeted allocation money and that the contract includes the 2021 and 2022 seasons.

Krkic (pronounced kir-KICH'), a 28-year-old native of Linyola, Spain, made his Barcelona senior debut on Sept. 16, 2007, at the age of 17 years and 19 days. He became the youngest player in Barcelona history to play in a La Liga game, surpassing the previous record held by Lionel Messi.

He recorded 26 goals in 104 appearances with Barcelona from 2007 to 2011, helping the Spanish giants to two Champions League titles. He was transferred to Italian club AS Roma for 12 million euros (C$18 million) in July 2011.

He returned to Barcelona in 2013 following non-exercised options but was loaned to Dutch club Ajax, where he had four goals in 24 appearances, including 17 starts.

Krkic joined Premier League club Stoke City in 2014 and had 15 goals in 74 appearances with the club, which was relegated to the League Championship in 2018. While with Stoke, he spent stints on loan with Germany's Mainz 05 and La Liga club Deportivo Alaves.

Over his career, Krkic has recorded five goals and two assists in 34 games in the Champions League, and one assist in four Europa League games.

He has made one appearance for Spain's national team in a World Cup qualification game against Armenia in Sept. 10, 2008.

"Bojan is a very talented player who, at 28 years old, chose the Impact to pursue his career, after having played for some of the biggest clubs in the world," Impact coach Remi Garde said in a statement. "His offensive ability to get others involved in the game and to score goals will be of precious help for the final stretch of the season. I welcome him to our club."