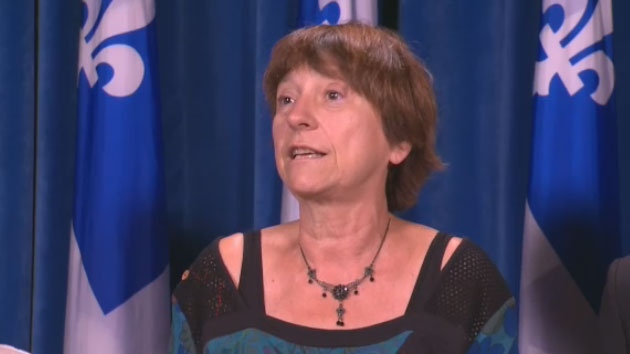 Quebec Solidaire MNA Francoise David is stepping down from politics.

She said she felt the need to speak out after seeing hateful comments about Muslims on social media.

David said she was also disturbed by a recent attack in Anjou, where two teens assaulted a pregnant Muslim woman who was wearing a hijab.

The PQ and the CAQ agreed with the motion, but originally wanted it to condemn all forms of racial and religious descrimination as well as other forms of intolerance, not just Islamophobia.

“It was difficult for them to accept to have a real statement on Islamophobia. It was difficult, but finally they said yes and I appreciate that,” said David.

David also said the debate over niqabs is taking up too much time in the federal election campaign.