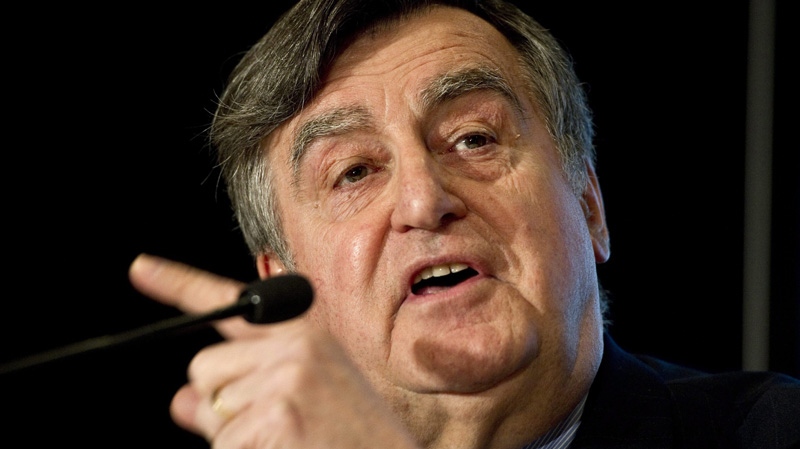 MONTREAL - A former Parti Quebecois premier has waded into Quebec's tuition debate, and he's not siding with his old party.

Lucien Bouchard is among several personalities to sign a public letter asking Quebecers to support the government, arguing that tuition hikes are necessary to make up for a general freeze over the years.

The letter says there's a limit to the burden taxpayers can carry with respect to providing social services; it also suggests recent street protests are an outsized reaction to the hikes.

Bouchard was premier in the 1990s when the PQ also contemplated fee hikes -- then backpedalled in the face of student protests.

Current PQ members have supported the student movement, even wearing its trademark red squares on their lapels.

However, the PQ hasn't said what it would do to replace the lost funding if it imposed a tuition freeze after being elected.

Premier Jean Charest gleefully pointed out Bouchard's contribution to the letter during a heated exchange in the national assembly today.

And he made it clear that when the next election rolls around -- sometime between this spring and late 2013 -- he intends to pin that fabric symbol, figuratively speaking, on his opponent.

"The red square she's wearing today, she will wear forever in the mind of Quebecers," Charest said.

"They will know she shirked her responsibilities."

He was responding to a question from PQ Leader Pauline Marois, who was demanding a mediated solution to the dispute.

She appeared to seek to distance herself, ever so slightly, from calls for a freeze -- by saying the red square she was wearing represented equity and social justice.