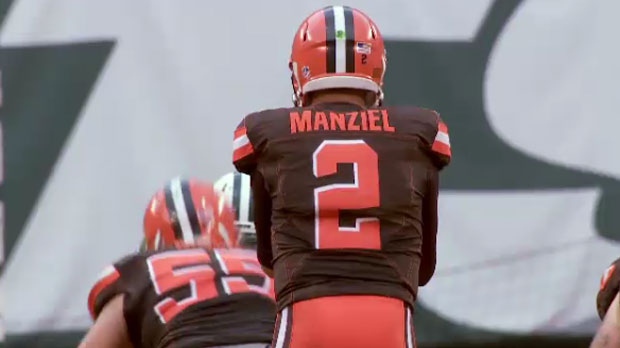 In a bid to fix the league's worst offense, the quarterback-starved franchise traded for the 25-year old Texan on Sunday evening.

According to TSN, Montreal is giving up two first round draft picks, plus receiver Chris Williams and defensive end Jamaal Westerman.

"We have acquired an exceptional quarterback with undeniable talent," said general manager Kavis Reed in a statement.

"With his great mobility, his athletic abilities and his instinct we believe that hewill have a positive impact on our offense. Landon Rice and Tony Washington are two skilled players that will considerably solidify our offensive line."

Sherman recruited and coached him to Texas A&M University in 2011.

Currently, the Alouettes rank last in the CFL with 69 total points.

Manziel appeared in two preseason games for Hamilton, completing 21 of 31 passes for one touchdown and one interception.