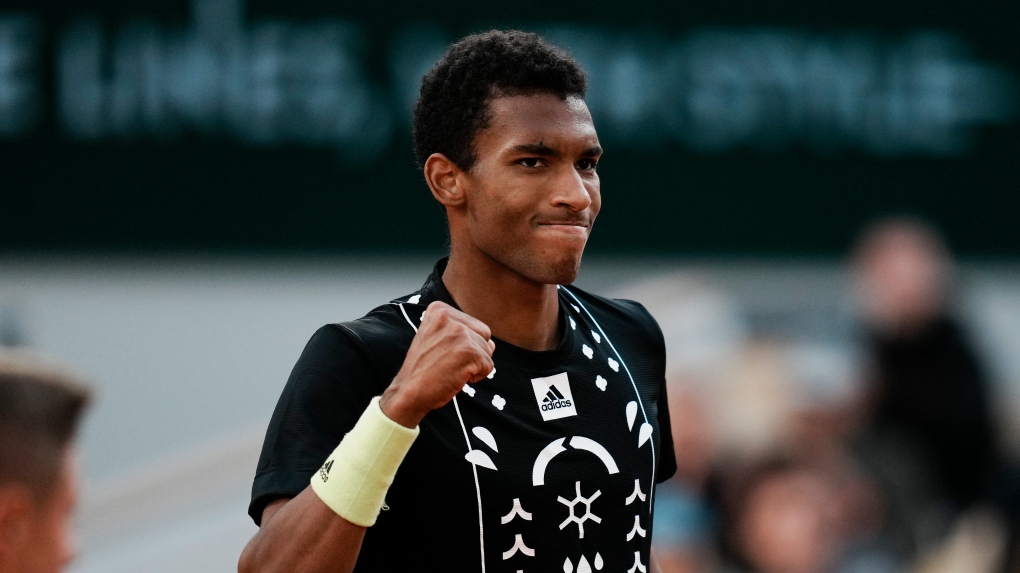 Canada's Felix Auger-Aliassime clenches his fist after scoring a point against Spain's Rafael Nadal during their fourth round match at the French Open tennis tournament in Roland Garros stadium in Paris, France, Sunday, May 29, 2022. (AP Photo/Thibault Camus

Quebec's Felix Auger-Aliassime will be in the semifinals at the Libema Open tennis tournament in the Netherlands.

Though inconsistent on his serves -- 59 per cent efficiency on his first service point and four double faults -- the Quebecer managed to break Khachanov in the eighth game of the second set.

Back where we left off. 😎@felixtennis is back on winning ways on grass, improving his awesome score since last year at 12-3!

In the semifinals, he will face Dutchman Tim Van Rijthoven, who defeated Frenchman Hugo Gaston 7-6 (2), 6-4.

In another match, Frenchman Adrian Mannarino defeated American Brandon Nakashima 6-7 (5), 6-1, 6-4. He will face the winner of the duel between Daniil Medvedev and Ilya Ivashka

-- This report by The Canadian Press was first published in French on June 10, 2022.