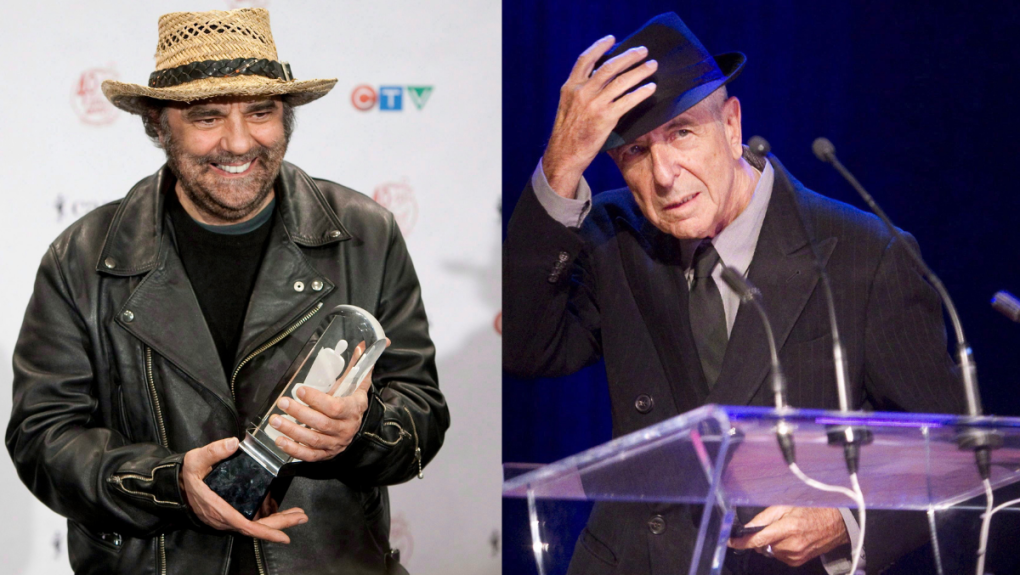 Daniel Lanois poses for photographers at the Juno Awards in Toronto on Sunday March 27, 2011. The late Leonard Cohen acknowledges the audience after receiving the Glenn Gould Prize in Toronto on Monday May 14, 2012. (THE CANADIAN PRESS/Darren Calabrese, Chris Young)

The Canadian musician and director said he received the blessing of Leonard Cohen's son, Adam, "to use some of the other poems" recited by his father on new recordings.

"Torn Again", unveiled Thursday, could be the first in a collection of Cohen's poems set to music by Lanois.

The song is a different version of the reading of the poem, "It's Torn," which can be heard on the 2019 album, "Thanks for the Dance", released three years after Leonard Cohen's death.

Lanois said he learned about this recorded version while working on the project with Adam.

He says he instantly "fell in love with the power of the words and the dark tone of Leonard's reading."

"Torn Again" is available online on streaming and download platforms.

-- this report by The Canadian Press was first published in French on July 2, 2021.