Canadiens Cole Caufield pulled from intrasquad game as a precaution 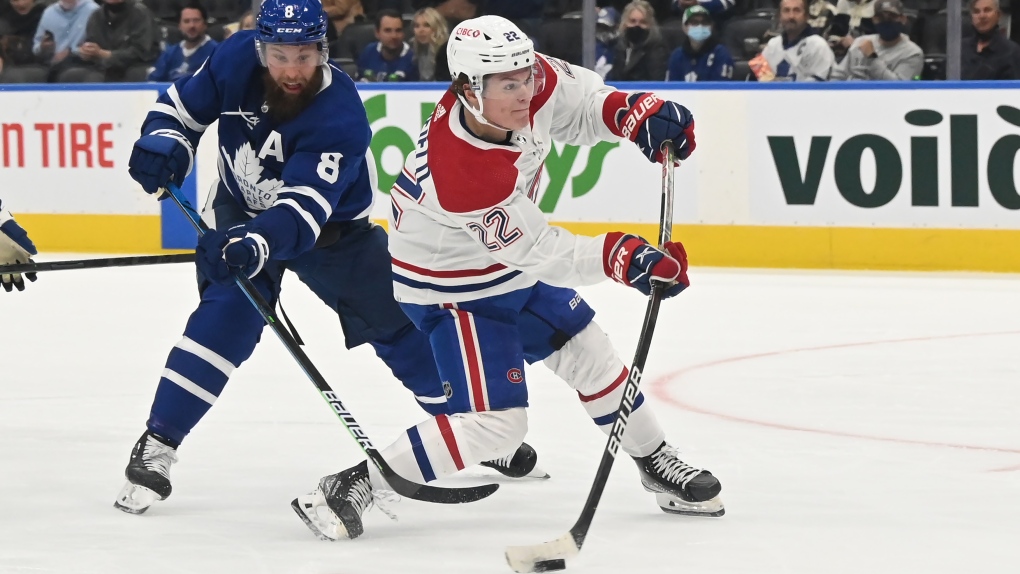 Montreal Canadiens’ Cole Caufield (22) gets a shot off despite pressure from Toronto Maple Leafs’ Jake Muzzin during the second period of their NHL preseason hockey game in Toronto on Saturday, Sept. 25, 2021. THE CANADIAN PRESS/Jon Blacker

MONTREAL -- Forward Cole Caufield was scheduled to play in the Montreal Canadiens' Red-White game on Sunday, but he left the warm-up period and did not play as a precautionary measure.

The team did not specify the nature of the problem, simply adding that "his case will be re-evaluated daily."

Caufield played in the Habs' 4-1 loss to the Maple Leafs on Saturday night in Toronto in the team's opening game.

Forward Cole Caufield participated in the Red vs. White intra-squad game warmups before being pulled out for precautionary reasons. He will not return and is listed as day-to-day.

The Habs will play a second pre-season game on Monday when the Leafs visit the Bell Centre.

The Habs' season opens on Oct. 13 in Toronto, again against the Maple Leafs.