All dogs aboard! Montreal opposition party calling for canines to be allowed on public transit

All dogs aboard! Montreal opposition party calling for canines to be allowed on public transit 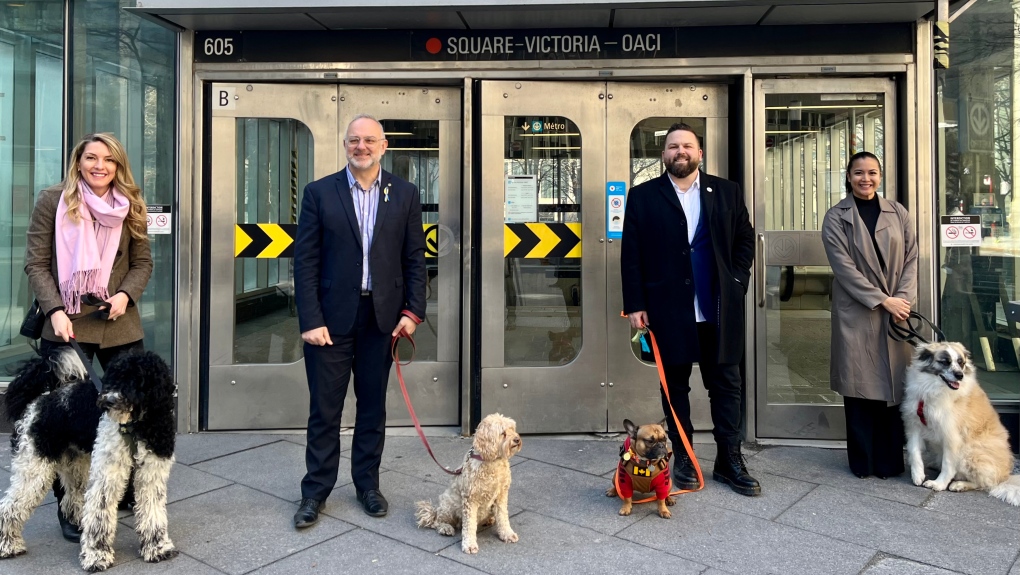 The party is joining the Montreal SPCA in asking the municipal government of Valerie Plante that all labradors, retrievers, Shiba Inus and bulldogs be granted a pass through the turnstiles so long as they are on a leash.

"This change in the bylaw would meet a need while allowing the STM to build customer loyalty. At a time when we want to encourage citizens to take public transit, it is counterproductive to have to own a car or take a cab to get around with your dog," said Ensemble Montreal leader Aref Salem. "For Montreal to become a truly pet-friendly city, this is the next step."

The SPCA's "Fido wants to take the metro" petition collected almost 17,000 signatures, and the opposition party argues that getting canines on the bus would allow those Montrealers who don't own a car better access to green spaces, dog parks and veterinary clinics.

A Leger survey in 2021 found that a quarter of Montreal households include a dog, and the COVID-19 pandemic triggered a wave of dog adoptions meaning that number is likely higher.

The STM currently only allows guide dogs on leashes or pets in cages on metros, buses and trains.

Copenhagen, Amsterdam, London and other cities allow dogs on public transit, the Ensemble Montreal release noted, and "the experience is quite positive."

Salem said over the next six months, clauses can be put into the by-law to ensure there are safe spaces for those with allergies or who are afraid of dogs, and to ensure bigger, more threatening dogs are muzzled.

"It's amazing how much a dog can make people smile, we see it now when we see a service dog," said city councillor Effie Giannou. "Animals have the power to bring us together, to get us talking to each other. It can help improve the atmosphere on public transit."

The motion will call for an awareness and communication campaign to address concerns residents may have about the plan.

The first of the ships to leave Ukraine under a deal to unblock grain supplies amid the threat of a global food crisis arrived at its destination in Turkey on Monday.