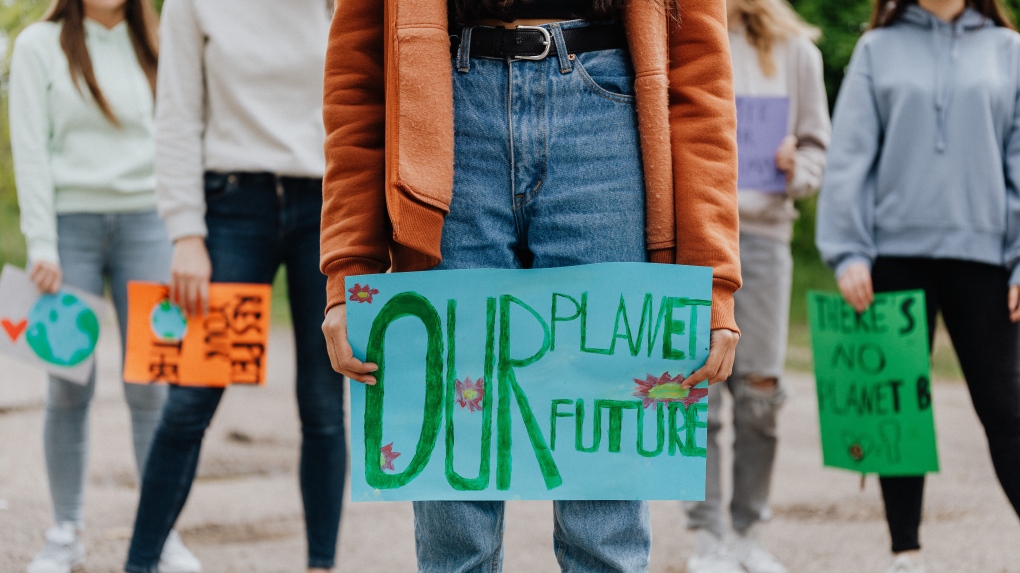 Young Quebecers are planning to go to the Supreme Court of Canada in an effort to bring the federal government to justice for its inadequate efforts in the fight against climate change.

The Quebec Court of Appeal rejected ENvironnement JEUnesse's appeal on Monday. The organization, represented by Trudel Johnston & Lespérance (TJL), had filed an application in November 2018 to represent all people in Quebec aged 35 and under.

ENvironnement JEUnesse argues that the government has failed in its obligation to the younger generations, who are particularly threatened by the climate crisis, and insists on the urgency of acting before reaching a point of no return.

"Climate change threatens our lives and our security, and I am concerned that its impacts are becoming more and more tangible and threatening," she said in a statement. "I know I can count on the young people we represent to continue to fight for our rights."

The three judges of the Quebec Court of Appeal believe that ENvironnement JEUnesse's request is a matter for the legislative and executive branches of government and that any court order in this regard would infringe on the powers of the political bodies.

"The declaratory findings sought demonstrate a desire to invite the court into the sphere of legislative power and complex social and economic policy choices," the court ruling said.

The judges also found that the 'generality' of the findings sought are 'so imprecise' that it would prevent the courts from issuing a binding order to compel the federal government to take specific action.

Bruce Johnston, a lawyer representing ENvironnement JEUnesse, believes the suit has a chance of success before the Supreme Court.

"The Supreme Court recognized in a recent decision that climate change will have particularly severe and devastating effects in Canada," he said in a statement. "With ENvironnement JEUnesse's application for leave to appeal, it will now be called upon to decide what role Canadian courts should play in addressing this unprecedented crisis."

The head of Ukraine's state-run nuclear energy firm said on Sunday there were signs that Russian forces might be preparing to leave the vast Zaporizhzhia nuclear power plant which they seized in March soon after their invasion.

A peer reviewed study assessing over 800 elderly women has found that flavonoids -- a naturally occurring substance found in beverages such as black and green tea -- could lead to notable health benefits.

Edmonton transit drivers are sharing images of what they are seeing on buses and the LRT on a sometimes daily basis in the hopes it will push the city to hire more transit peace officers.

The federal government has unveiled its long-awaited Indo-Pacific Strategy, which details a decade of plans for investment and partnerships in the region, and signals a tougher stance on China going forward.

Federal Health Minister Jean-Yves Duclos says the previously announced one million units of imported kids' pain relievers are starting to arrive on pharmacy shelves, while an additional 500,000 units have been ordered and are expected over the next few weeks.